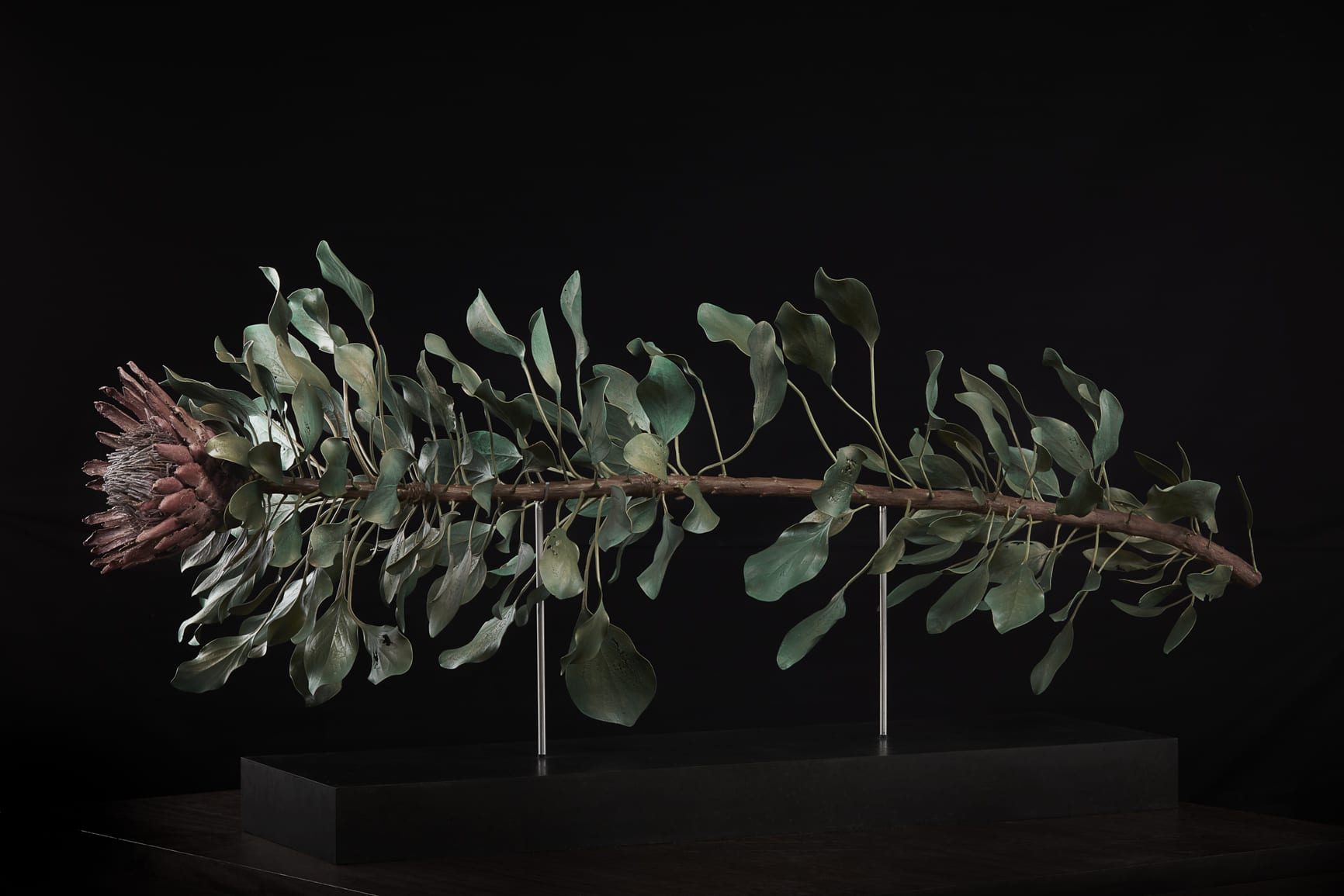 South African artist Nic Bladen has become known for his extraordinary botanical sculptures, which demonstrate the technique he pioneered of casting entire plants in bronze and sterling silver. Born in 1974 in Pretoria, Nic trained in the field of dental technology, a discipline that requires incredible precision and attention to detail. After working for eight years making gold and porcelain crowns in various dental laboratories in South Africa and the UK, Nic developed an interest in sculpture and began working at the Bronze Age Foundry, learning large scale bronze casting as well as all aspects of metalwork. Knowledge of the two seemingly different fields of dental technology and bronze casting precipitated Bladen’s experimentations in 2001: casting flowers and leaves. In marrying the micro and macro disciplines, he pioneered a way of developing perfect castings of organic matter. His way of preserving/fossilizing plants and flowers involves a method known as ‘lost wax casting’, or ‘cire perdue’, and it involves creating molds from actual organic material, and then transforming these into once-off sculptures of entire plants.

Nic’s first solo exhibition, ‘Peninsula’, held at Everard Read Gallery Cape Town in 2013, focused on the richness of botanical diversity that surrounds the artist’s Simons Town studio, which is situated within the heart of the Cape Floral Kingdom, the smallest yet richest of the world’s six Floral Kingdoms. For this show, concessions from land-owners on the peninsula enabled Bladen to harvest such rarities as a Blue disa and the endemic Serruria villasa, amongst others.

In 2015, Nic worked as Artist in Residence at Tswalu Kalahari, a private game reserve in South Africa’s Northern Cape Province. The sculptures that he created during this time, a depiction of iconic, beautiful and strange Kalahari desert plants and trees, formed his second solo exhibition: ‘Kalahari: a season at Tswalu’ held at Everard Read Johannesburg in October 2015. 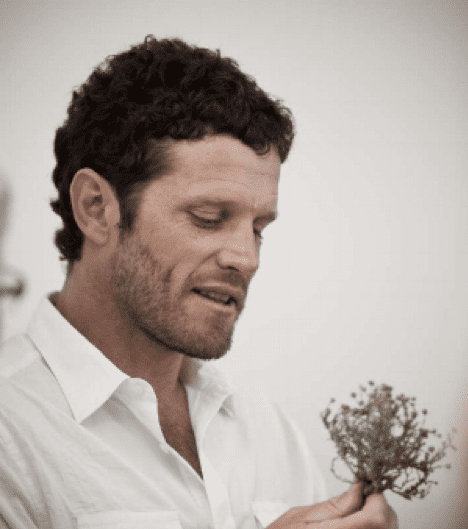