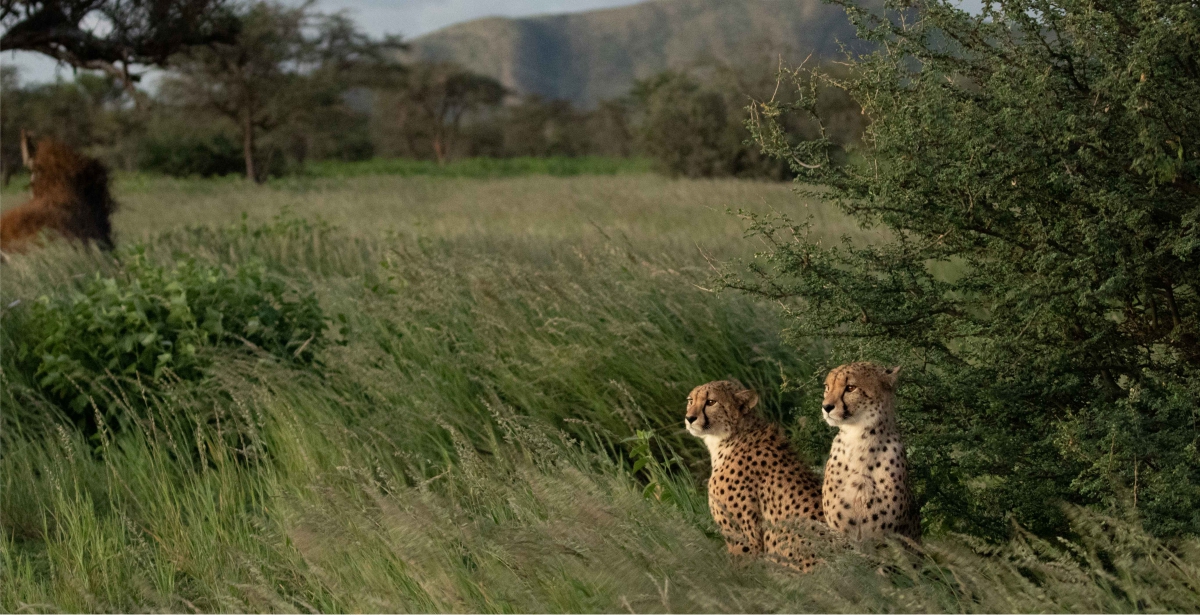 Tswalu’s landscapes are lush, vibrant and green after plenty of rain this summer. In some places, the grass is over a metre tall. It amazes me how quickly grass can germinate from a tiny seed. Out on game drives, lions, cheetahs, leopards and wild dogs, as well as all the smaller antelope, simply get ‘swallowed up’ by a sea of grass as soon as they leave the road. Mongooses, meerkats, foxes and other small mammals disappear into a forest of grass. Sightings have been hard earned, but as excellent as ever.

Looking back, while the reserve was awash in spring blossoms last September, everything else about the landscape was bare. The restoration that early rains would bring seemed unlikely. Antelope nibbled at anything they could find. When the first rains arrived earlier than expected, there was immediate relief from the heat. Early rains meant that the grass would grow in the summer heat and there would be enough resources to last until winter. The rains persisted, as if by some miracle, and what followed was a consistent cycle of productive storms and sunny days.

Typically hot summer days changed to cool mornings, due to the rain. Cumulonimbus clouds began to build as the day warmed up, and the rumble and roll of thunder could be heard across the land. The wind whipped the grass into a frenzy, flashes of lightning shot across the sky and the rain often fell in torrents.

After the rain abated, butterflies appeared around puddles, crickets crawled out of the grass and chirped at night. A carpet of grass covered the ochre Kalahari sand, and the wildflower display attracted bees, wasps and moths. Creepers produced melons and cucumbers, and grasses grew so long that they bent over from the weight of morning dew.

Rainfall in the Korannaberg mountains spilled into gullies and valleys, filling streams, creating waterfalls and turning roads into rivers. The rain replenished the underground water table, too. Tswalu’s landscapes have shown resilience, water has brought life in abundance and the Green Kalahari is flourishing once again.

All images by Barry Peiser