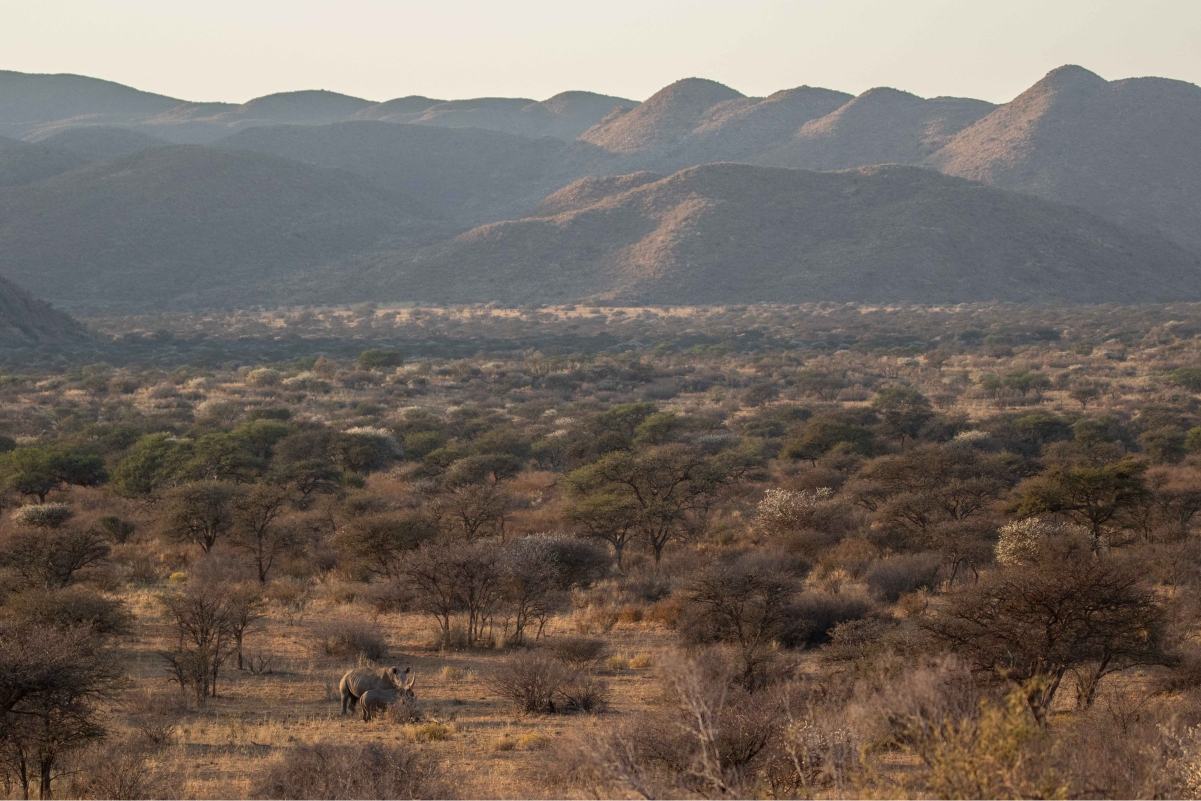 In January this year, Quintin Rutherford joined our guiding team (read more about him here). The welcome which Quintin and his partner, Jayde (reservations), received from the Tswalu community by no means matched nature’s welcome the day they spent on a game drive with Dylan Smith, head of the Dedeben research centre. With typical enthusiasm and an intimate knowledge of the reserve from years of guiding, Dylan showed the newcomers as many parts of the property that could be squeezed into one day. At the end of a great afternoon of exploring and game viewing, Quintin, Jayde and Dylan stopped at a natural pan and settled down on the ground to enjoy a view of the setting sun. They had no idea what they were about to witness!

The relaxed mood was shattered when Dylan froze in mid-sentence. “Don’t move!” he ordered the other two, who were still sitting on the ground. Right behind Quintin, a large Cape cobra was slithering towards him on the ground, magnificent in its deadly grace. The presence of humans barely disturbed the snake. It changed its course slightly and made its way up a nearby tree and remained there, keeping on eye on the three figures below. A couple of minutes later, after a fruitless search for prey, the cobra made its way down the tree and disappeared into the distance.

A few minutes later, a crash of four white rhinos ambled down to the water’s edge to cool down, shortly followed by two black rhinos who shared the same objective. All six rhinos had a drink and wallowed in the mud, rolling their massive bodies to make sure their backs were covered with the thick, cool mud. There was enough space for everyone, and the onlookers had front-row seats to this amazingly relaxed sighting. To top it all off, a pack of wild dogs trotted onto the scene and joined the party. The dogs drank their fill, then lay down at the edge of the pan to rest. And with that, the magnificent Kalahari sun dropped its mic and disappeared below the horizon…