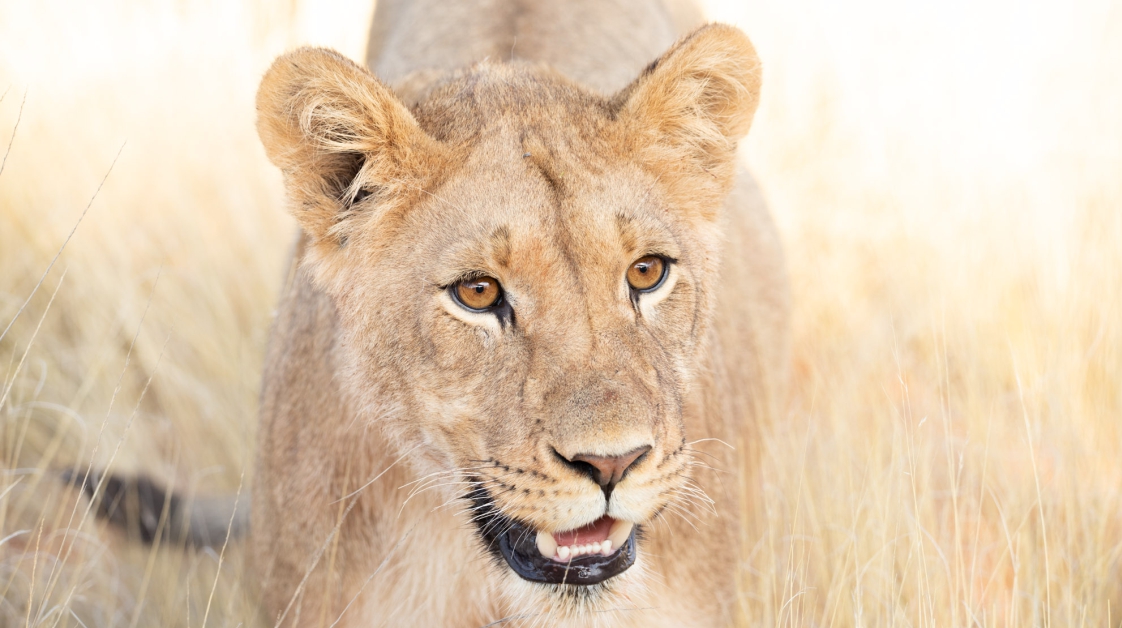 Watching unusual interactions between different species is one of the advantages of living in the bush and being out there every single day throughout the year. Many guests arrive at Tswalu hoping that they will get to see a kill. In reality, predator-prey interaction is rarely witnessed and can never be guaranteed. It comes down to luck and good timing to see a predator spot, stalk, chase and catch its prey. Even more rewarding than a predator hunting down its prey are those odd and unexpected sightings, like this one between a porcupine and a pride of 14 lions.

A few of us enjoyed this exceptional sighting on the eastern side of the reserve. Richard Visser and his tracker, Siphiwe Mandleni, were the first to locate a large pride of lions, having found and followed their tracks early on in the morning. Some of the pride were finishing off and feeding on a porcupine, trying to extract the meat without getting pricked. As you can imagine, one porcupine was hardly enough food for a pride of 14 with an accompanying big male. Some were focused on trying to subdue a second porcupine, which was still alive and very much kicking when Richard and his guests pulled up in their vehicle. The porcupine put up a good fight, witnessed by three different guides and their guests over the course of a few hours.

As the lions attempted to take down the porcupine, it reversed into each of its attackers in turn with its quills at the ready. Several of the youngsters did not take evasive action quickly enough and ended up with a few quills stuck in their paws or face. The young lions retreated to a comfortable spot to try and extract the quills, looking very sorry for themselves.

Inevitably, the excitement of the chase and the instinct to try and take down an available and vulnerable animal took over and the youngsters would return to the charge, only to be presented with a wall of erect quills again.

Eventually the porcupine escaped to a dense black thorn thicket, a bush known for its strong hooked thorns. This provided it with cover and additional protection, for by now it had sustained a wound to its head. From inside the thicket, the porcupine continued to rattle its quills and reverse into any lion attempting to crawl under the thorn bush. Eventually the big male lion also got involved, making a few menacing attempts to reach the porcupine, but eventually retreating with what looked like 30 quills stuck in his legs, belly, face and mane!

For guests and guides alike, it was difficult to decide who we felt more sorry for. But as the day grew warmer and the lions became increasingly lethargic, the porcupine gained the upper hand as it had more time to rest. Eventually, it was clear that the lions would leave it alone until the evening… as long as it stayed under the protective cover of the black thorn.

Guides and guests departed the scene. In the late afternoon, another guide took guests to the area and found the lions by the water, a fair distance from where all the drama had taken place earlier in the day. The outcome of the porcupine’s fight remains a mystery to this day!