Meerkats on the move Our Tswalu superstars, the meerkats, have been on fire the last two years. With the plentiful rain of last summer and the associated richness in insects available for them to eat, they continued breeding throughout the winter season. Their little furry pups and their antics delighted many of Tswalu’s guests during the winter months. An interesting development was the shift in the habituated groups’ home ranges and burrow systems used. All three of the colonies we follow seem to have shown movement towards the north, especially the Gosa and Mokala groups. Both groups ‘disappeared’ for prolonged periods of time, to the point where we got a little worried about their wellbeing. When we finally found their new lairs, some were quite far from their usual haunts. Yet food resources do not seem to have run dry. One wonders, why are they moving? Perhaps the colonies have recovered from the drought and are all growing to the extent that they need more space, leading to a general shift within the reserve and even the Kalahari as a whole. 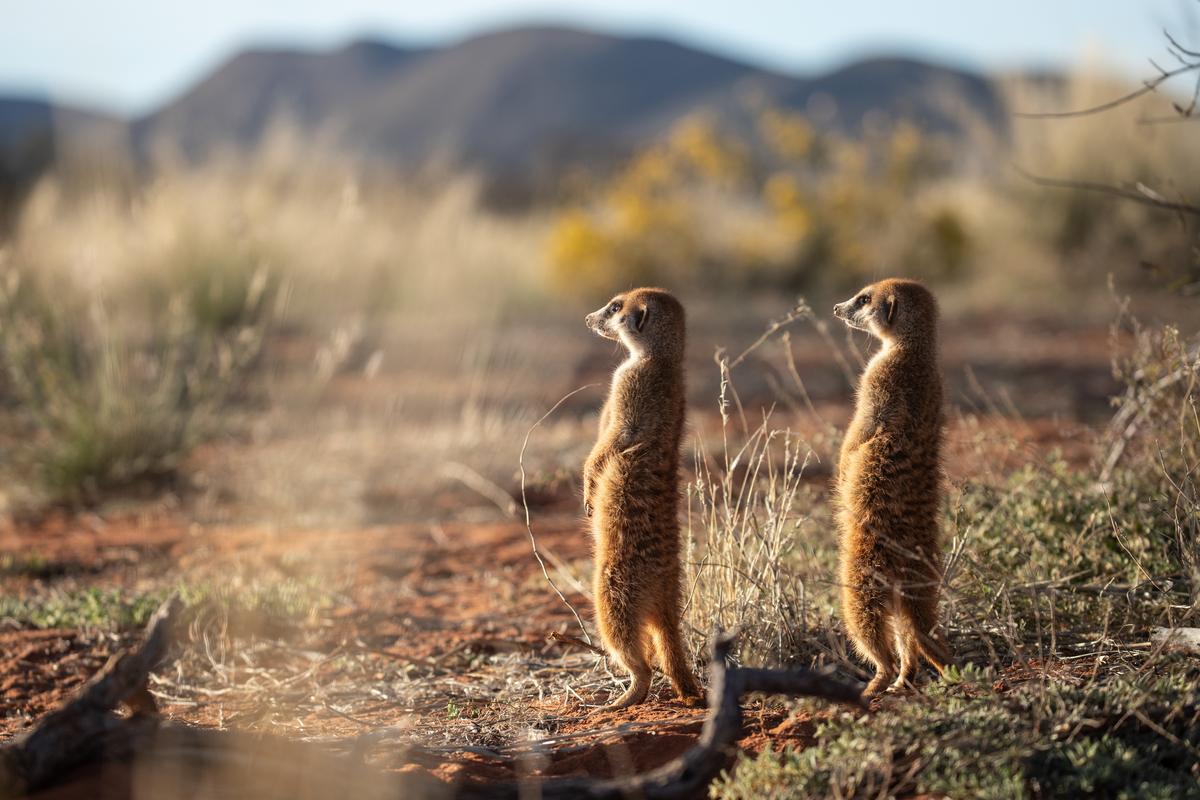 A further interesting observation concerns the meerkats’ prey: compared to last winter, they seem to have consumed more grubs and fewer scorpions. This could be a further indication that two consecutive exceptionally good rainy years have allowed the insect populations to recover and grow.

But our observations and analyses are of little concern to our furry friends. They are simply living their lives, adapting to the changes in their environment, currently thriving, and happily continuing to ignore our fascination with them.

Images and video by Barry Peiser.