My first winter at Tswalu as a guide 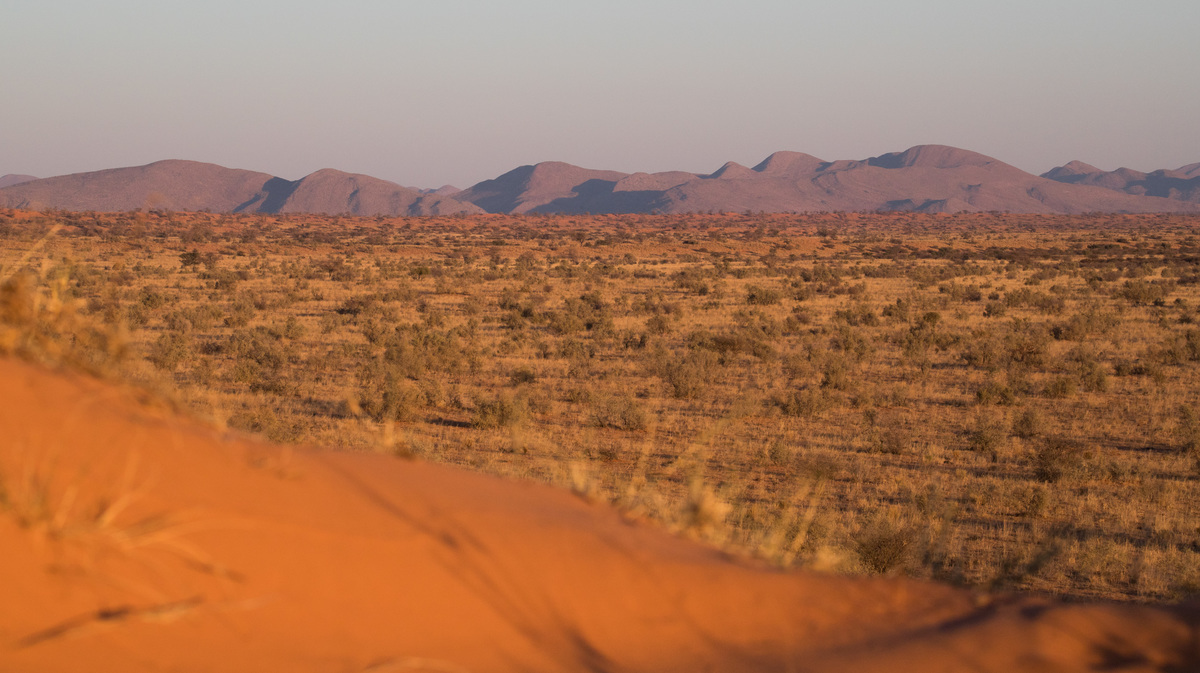 When I arrived at Tswalu for the first time, it felt like time stood still. I had heard so much about the reserve and grown up reading about the Kalahari, and now here I was and I felt awed by it all.

The first notable thing about the Kalahari is the red sand, which has a way of clinging to your clothes and getting into your boots. You end up carrying the sand with you wherever you go, almost as if the Kalahari becomes part of you. Then there are the skies, larger than life, that stretch across the dunes, the blue perfection disrupted occasionally by a few scattered clouds tinged pink by the red sand. 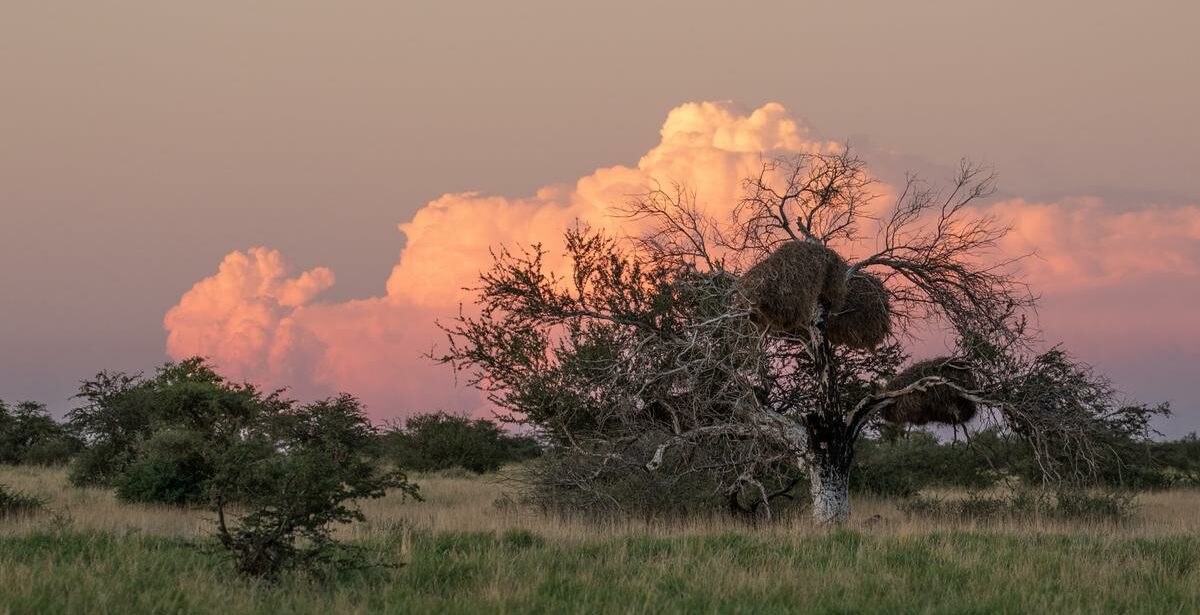 Endless and vast, the views of rolling duneveld grasslands are broken by sporadic thickets of trees and shrubs. You become aware of the sounds of sociable weavers constantly fluttering in and out of their communal nests in search of food and building materials before the heat of the sun saps their energy and they are forced to take shelter in the enormous, gravity-defying structures of these iconic Kalahari landmarks. 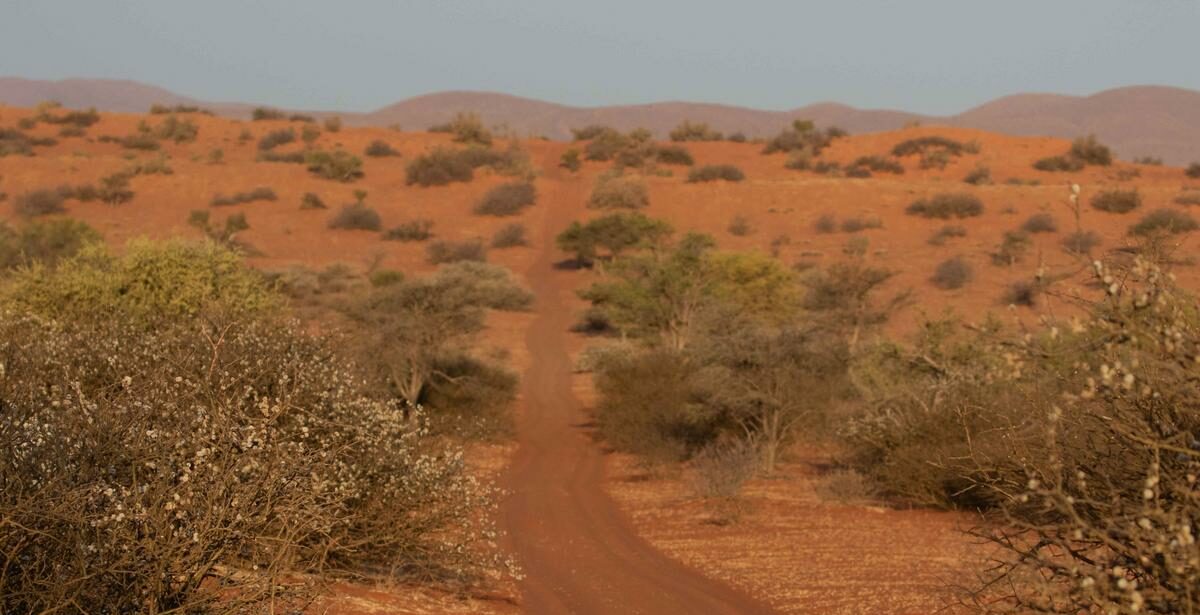 My first few weeks at Tswalu were extremely busy as there was a lot to learn, from caring for the vehicles and preparing for guest activities to studying a map of the reserve so that I could become familiar with the road network and the various camps. I also had to absorb Tswalu’s history, vision and purpose and get to know everyone from the front-of-house staff to the wildlife conservation and maintenance teams. It was enough to make my head spin, yet there were moments of clarity.

I quickly grew to love driving from the staff village to the Motse at sunrise, running through the details of my day in my head while appreciating a glimpse of the mountains. If time allowed, I stopped to admire the golden light of sunrise illuminating the cracks and crevices of the Korannaberg, creating scenes from a painting.

Many, many hours were spent traversing the reserve, trying to memorise the roads and etching the names and routes into my mind. The grassy plains revealed herds of oryx and wildebeest, sometimes running alongside the vehicle. There were also herds of giraffe, sometimes 30 animals strong, striding between thorny thickets in their ever-long search for food and water. Springbok pronked through the clearings, advertising their athletic prowess.

One evening while returning from a night drive, I turned the corner only to be confronted by the ghostly image of an aardvark staring into the spotlight. It was a momentary encounter before it vanished into the tall grass. I clambered up the rocky incline of Bushman Mountain early one morning to stand in the light of the rising sun. Some of the rock engravings on top of the mountain are thought to be thousands of years old. 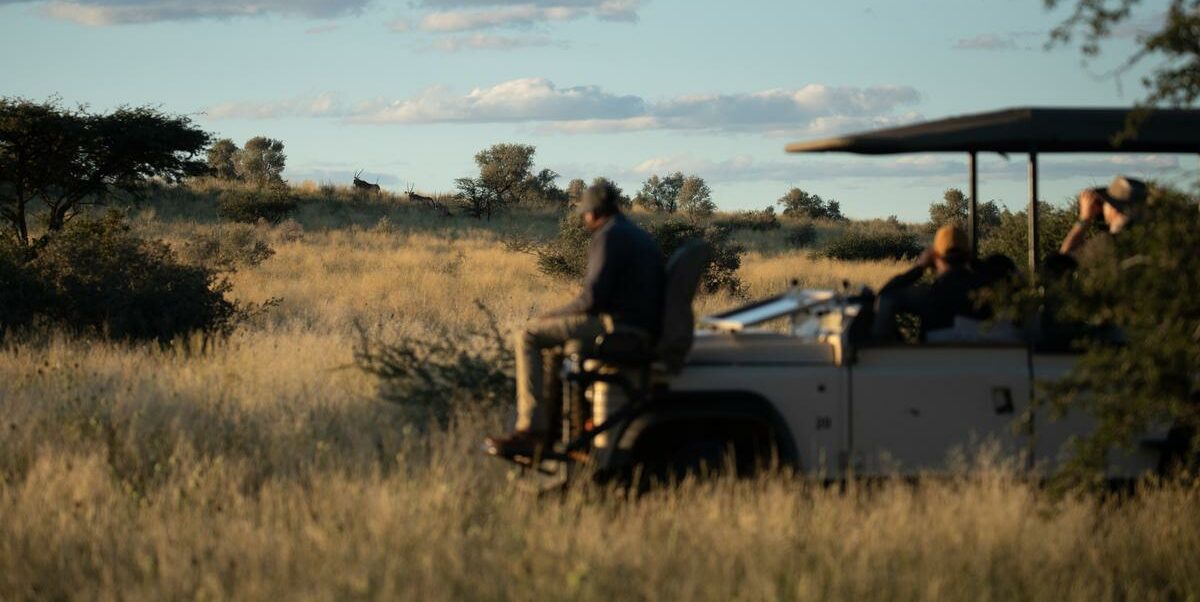 In all of these moments, I realised that guiding at Tswalu is an endless series of unique experiences for our guests. It is a privilege to share the magic of the Kalahari with my guests, while also conveying the incredible strides Tswalu is making to preserve this special ecosystem. I feel honoured to be a part of it.