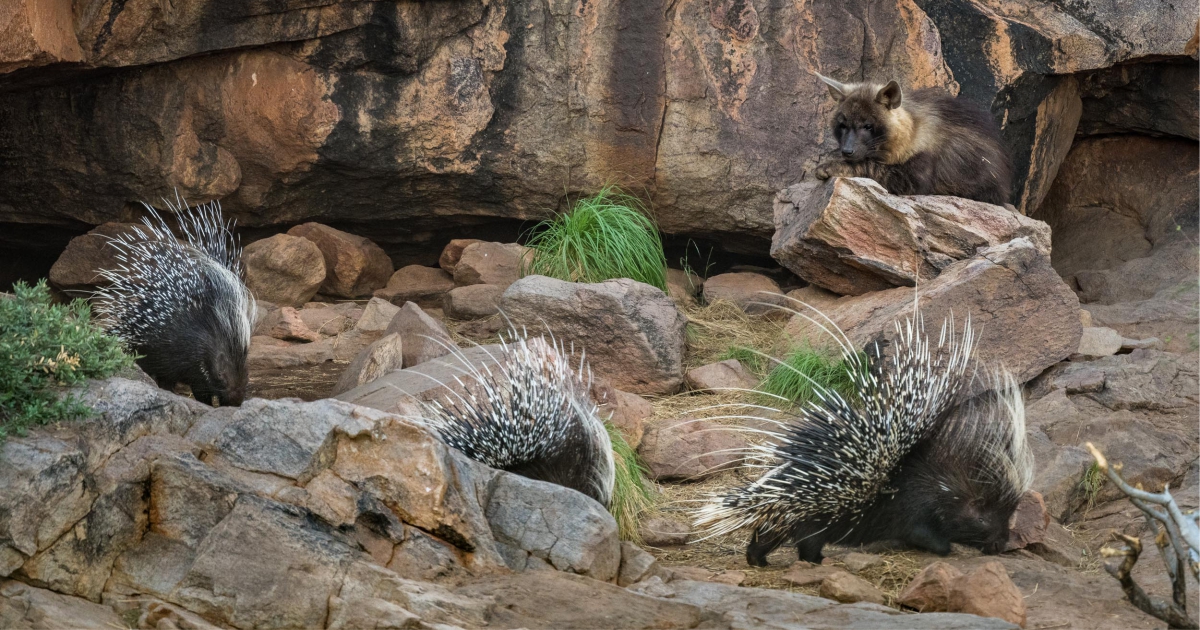 One of my best memories of the season was an incredibly lucky, first sighting of a family of brown hyenas hanging out with a family of porcupines in a mountain cave. The cave in question is deep, extending into the mountain by about 40 metres. It has a wide entrance and a relatively large cavity, so in this situation there is plenty of room for everyone. It is located high up, making it fairly inaccessible – a great vantage point, especially for the brown hyenas.

It appears that the porcupine family was the first to occupy the cave, but it is not known how long they have been resident there. Early in the morning, we have occasionally spotted them making their way home after a night of foraging. Sharing dens is not uncommon for porcupines, as they have been known to share underground burrows with warthogs, for example. Sharing with a predator, like the brown hyena, may not have been documented before.

The presence of the brown hyena clan appears to be a more recent development, and they can sometimes be seen lying outside the cave entrance absorbing the mid-morning and late afternoon sun. We have not seen both parties at the cave entrance at the same time for a while now, so it is hard to confirm whether they are still sharing the cave as both species are nocturnal and secretive in nature.