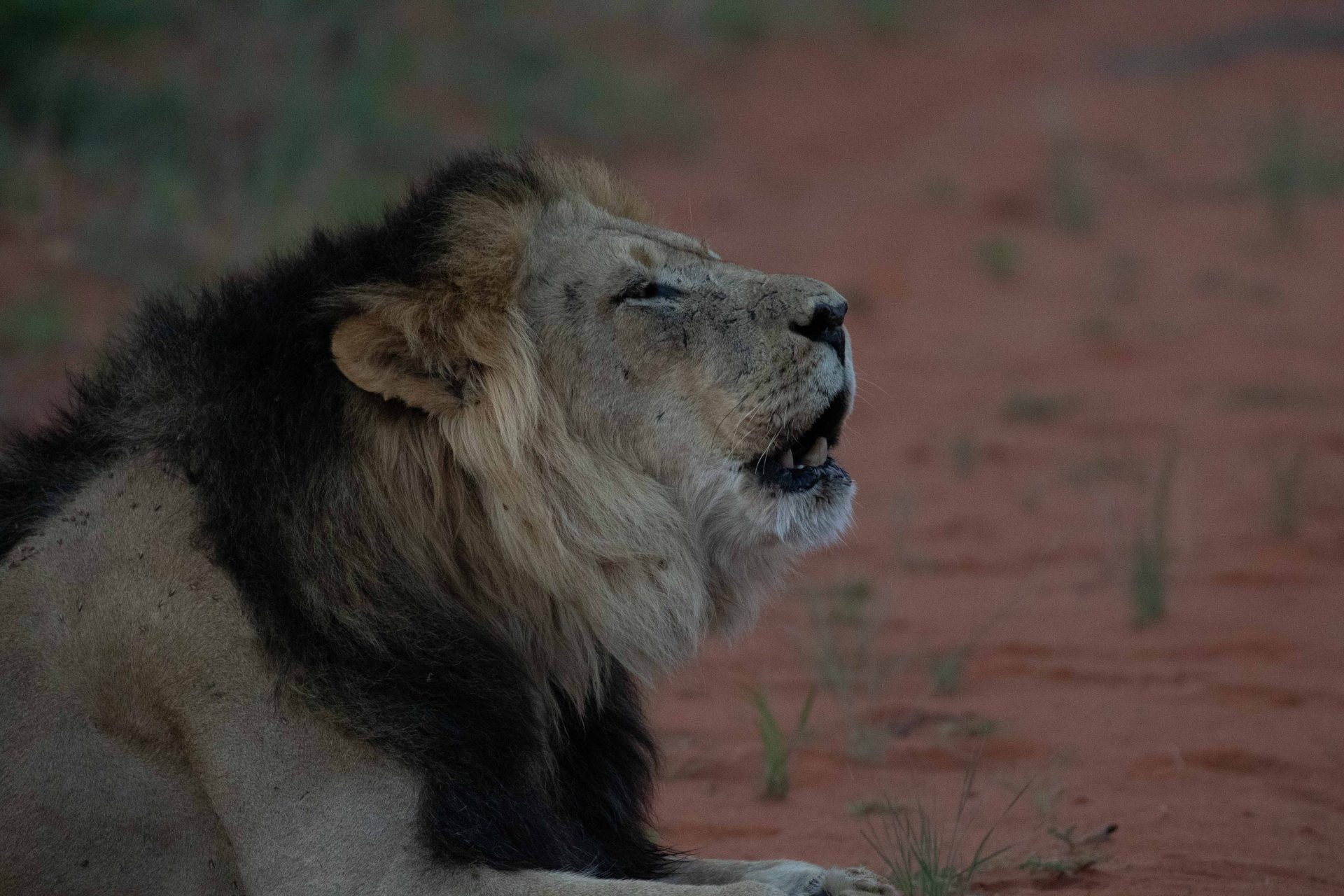 Black-maned lions were one of the species that roamed the vast Kalahari from the earliest times. These magnificent big cats are so wonderfully adapted to this land of extremes and contrasts where the weather conditions can change dramatically from one hour to the next. Temperature can fluctuate from minus eight degrees celsius in winter to highs of between 40 and 50 degrees in summer. Factors like this make the Kalahari one of the most fascinating ecosystems in the world to learn more about, and one of the reasons why I never get tired of guiding at Tswalu.

The black-maned Kalahari lions make adaptations throughout the year in order to survive the seasonal changes to the environment. One of their greatest survival strategies is to live in big family units in the form of big prides. The total number of desert-adapted lions has declined dramatically in Africa, due mainly to shrinking habitat. In the past six years we have been encouraged by increasing numbers of these lions at Tswalu, as a result of conservation of these and other iconic Kalahari species and restoration of their habitat.

Tswalu has two lion prides at present, which we refer to as the North and South prides to help identify them. The South pride, in particular, has grown recently with the addition of six new cubs, which bodes well for future generations on the reserve. Three new cubs were born during lockdown (about five and a half months ago) and, more surprisingly, a very successful older female of the South pride gave birth to another three cubs, almost three months ago. It has been fantastic to have new cubs to show to our returning guests.

The very experienced lioness, and mother of these recently discovered cubs, has raised so many different litters through the years using the exact same den site. It was interesting to see that she chose to return to the same spot again. We know that she has never lost a single cub in all the years that she has been using this particular site. It is far away from the North pride’s territory, which definitely makes it a safe haven.

If all of these cubs survive to adulthood, the South pride will swell its numbers to 15 lions. The old adage that there is safety in numbers holds true, especially when there is competition from other lions in the vicinity. Success in hunting, for example, is increased when there is teamwork. These lions belong here, in the southern Kalahari, and Tswalu is doing its part to sustain the lion population of this region of southern Africa.