An abundant season for meerkats 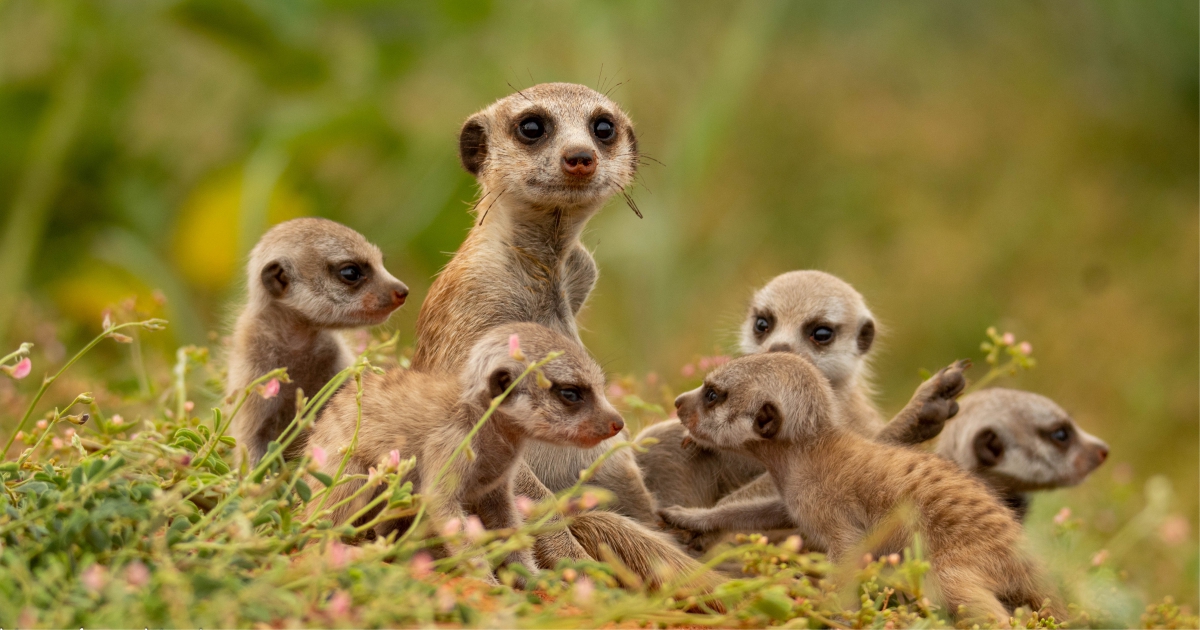 Meerkats are one of the keystone species of the Kalahari, and they play such an important role in this part of the world. With the large number of insects consumed by meerkats in an average day, they help maintain a perfect balance in the environment between animal life and vegetation.

Due to the above-average rain we’ve had over the past few months, the red Kalahari sand is covered in greenery and consequently there has been an explosion of insect life. For a group of meerkats, the abundance of resources signals the end of having to forage for food. They spend much less time digging, too, as scorpions are just a few millimetres under the sand and juicy armoured ground crickets can be plucked from between blades of grass.

Well-fed meerkats respond by breeding as quickly as possible to increase their numbers for safety, but also to help control the insect activity so that there will be sufficient vegetation for the winter months.

Our three habituated meerkat groups are doing well, and their numbers have picked up nicely. In a period of drought, groups are forced to decrease their numbers to ensure the survival of the alpha pair. Each of the habituated groups has produced two litters so far, and the good news is that 80 percent of the pups are alive and flourishing. It was noted that some females mated six days after giving birth to their first litter of pups. Although the pups need to suckle for at least three weeks, after this age they also start to consume solid, protein-rich food which allows the mother to conserve her energy for the next litter.

The summer rains are not only beneficial to insects and meerkats. Everything thrives, including species that prey on meerkats like jackals, snakes and birds of prey. The dense, tall vegetation has its disadvantages for meerkats, as they don’t always spot a predator until it is almost on top of them. To raise pups successfully, the entire group has to remain on high alert. There is always a sentry on the look out for danger, ready to raise the alarm that will send the entire group scurrying into the nearest burrow.

Ultimately, the success of a meerkat group depends on the leadership of the alpha female. A group will only survive if its alpha female leads them to success, no matter how much food there is or how many pups she manages to produce. If there is a weak link, a meerkat not following her lead, it is also the alpha female’s job to get rid of him.

For the time being, we are enjoying the cute faces and antics of all the meerkat pups on the reserve.

All images by Veronique Venter