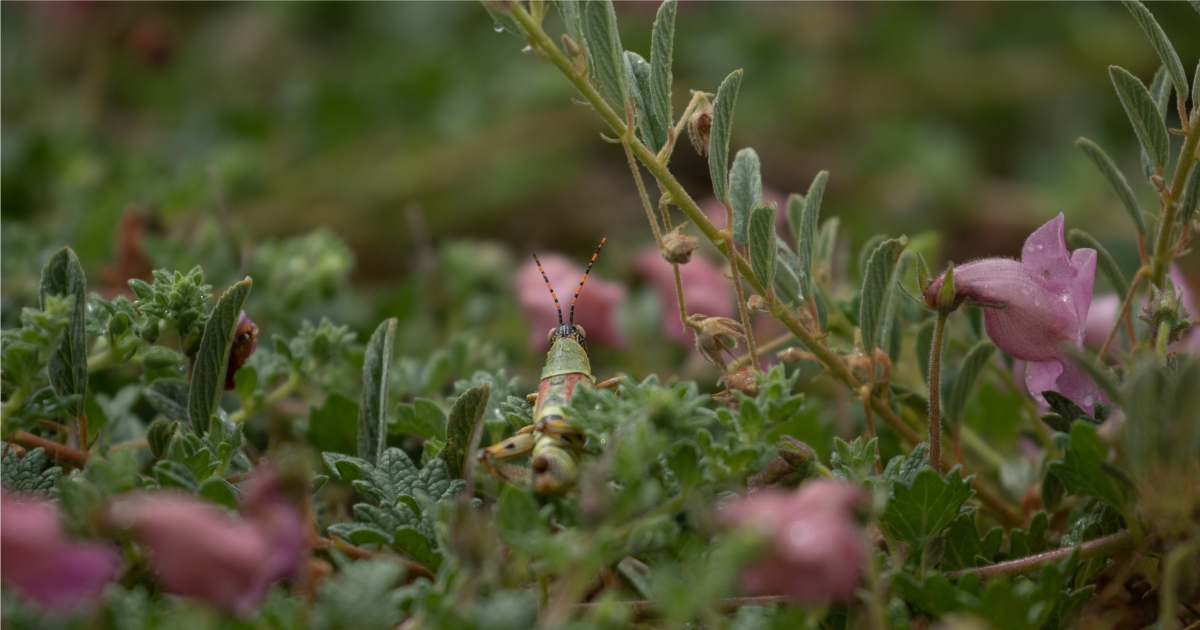 Nature never ceases to surprise us, especially as we come to the end of another great rainy season at Tswalu. After eight years of drought, two consecutive years of well above average rainfall have brought to life a profusion of grasses and creepers, some of which have not been seen in the last decade and a few that have never been identified or recorded before on the reserve.

Several plants have been discovered and added to the Tswalu species list in the past two years, including Coccinia adoensis, belonging to the pumpkin family, and Nemesia floribunda, belonging to the snapdragon family. Barleria lacifolia, a member of the acanthus family, was one of this season’s new discoveries. Since none of these plants have seeds that could realistically have been transported from their usual area of distribution area by wind pollination or in the guts of birds, the best explanation we have so far is that the seeds must have been here all along, lying dormant in the ground, waiting for the right conditions to allow them to germinate.

There has also been a noticeable change in the populations of two plants that share the same common name in English, namely the devil’s thorn. The first one, elandsdoring (Dicerocaryum eriocarpum), well known as a soap substitute, has been prolific this year compared to previous years, taking over and decorating the sides and tops of the dunes with its pretty purple flowers. The duifiedoring (Tribulus pterophorus), on the other hand, has been scarce with fewer areas taken over by its carpet of bright yellow flowers in spring. This year’s noticeably less abundant plague of blister beetles, that typically feed on the yellow flowers of this devil’s thorn species, may have been as a result of this declining population.

Higher than average rainfall also has negative influences on certain species, whether plants, insects or even mammals. Besides fewer blister beetles this year, many insect plagues have been milder than usual.

Several guides and conservationists have noticed some previously unrecorded behaviour of baboons at Tswalu, that have been feasting on the bean-like pods of the small rattle-pod (Crotalaria podocarpa), known for their protein value. Could they be supplementing something that is missing from their diet, as a result of reduced insect numbers? Or perhaps the insect numbers haven’t decreased, but their numbers have been more evenly spread after a season of more consistent rains, both across the property and in terms of frequency.

The presence or absence of water in the southern Kalahari raises many questions, which lead to speculations and hypotheses before answers are reached! It will take several more years, if the above average rainfall cycle continues, to collect more data and observe changes. In time, we hope to draw more concrete conclusions. For now, we remember the past summer as an exciting time of change, learning and discovery.