There may be a lot of talk among travellers about all the ‘fives’ – the big five, little five and the elusive five – yet a sense of wonder often comes across guests’ faces when they see Africa’s great variety of antelopes. Some species, such as impala, are commonly seen and almost ignored after a couple of days, but others provide such rare sightings that they can be as intriguing to learn about as the more celebrated elusive species, like a bat-eared fox or brown hyena.

A few months ago, my guests and I were lucky enough to witness an exceptional sighting. Firstly, it involved a pair of mountain reedbucks, a species rarely seen at Tswalu or in many other game reserves, and secondly, the behaviour we observed was unique and fascinating in itself.

We first came across the two mountain reedbuck rams in one of the valleys of the Korannaberg. They were so busy fighting each other that these usually extremely shy antelopes didn’t even acknowledge our presence. We watched them chase each other in circles until eventually they went over a hill towards a watering hole and we momentarily lost sight of them. We drove around to the watering hole and immediately spotted one of the rams at the edge of the pan. But where was the other one?

Then Jonnas, my tracker, drew my attention to what I had, in my excitement, mistaken for a broken branch submerged in the watering hole. It was in fact the other reedbuck ram lying flat in the water with nothing but his horns and the upper half of his face sticking out so that he could breathe! Quite literally, he had submerged himself in the water to hide from his rival! The latter was standing at the water’s edge, confused, clearly looking for his opponent who had so suddenly and mysteriously disappeared. Unfortunately, the reedbuck hiding in the water lost his nerve, suddenly got up and made a dash for it. The other ram, clearly now the dominant one, chased him up the mountain and out of our sight. The excitement on our vehicle was palpable. It took us all a while to process what had just happened before our eyes – definitely a sighting none of us would ever forget! 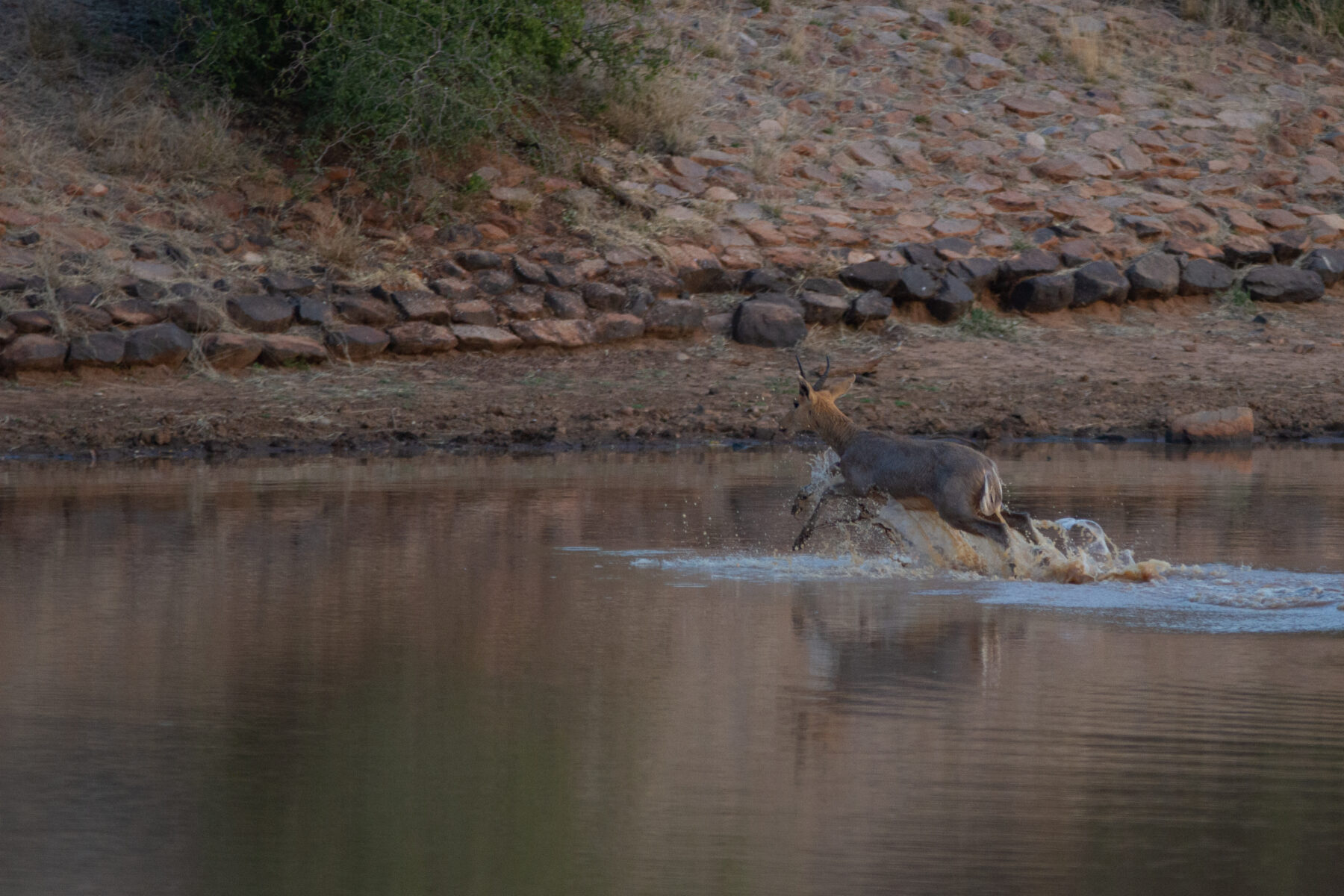 Image of springbok and Impala by Barry Peiser. Reedbuck images by Helen Mertens.