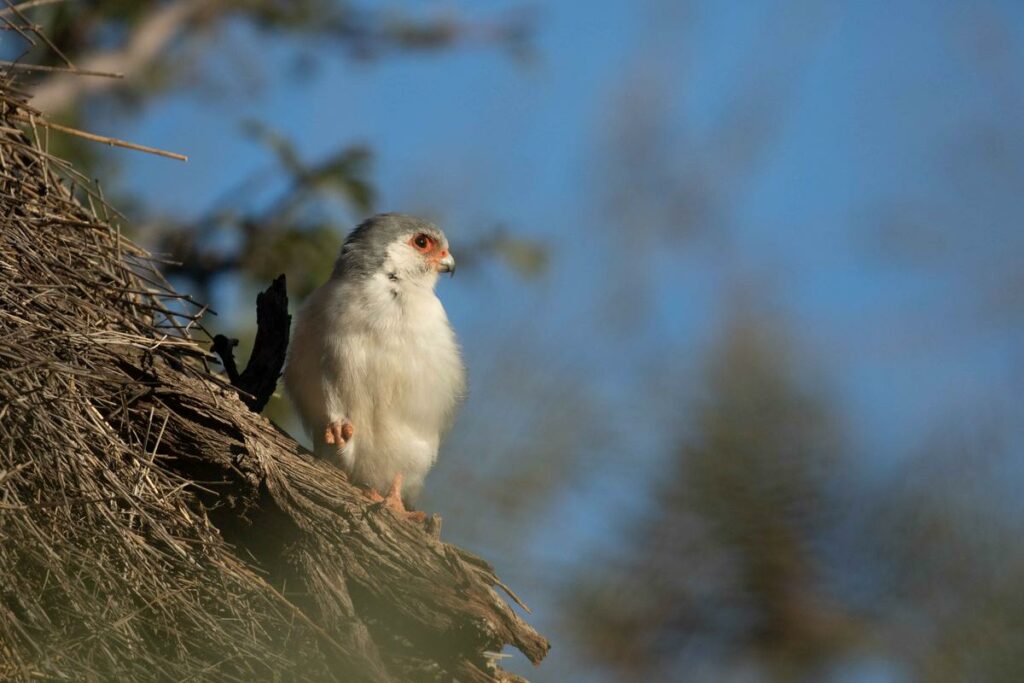 Positive associations are predicted to be more important in communities persisting in harsh environments. This project explores the ecosystem engineering role of Sociable weaver (Philetairus socius) nests to the animal and plant community in the Kalahari. We investigate the role of colonies as a resource to other organisms and investigate the interplay of positive and negative interactions with host trees and the biodiverse communities that assemble at nests. We further study the life history of pygmy falcons (Polihierax semitorquatus), an obligate associate of weaver colonies, focusing on impacts this species has on sociable weavers and the wider community.

PROGRESS UPDATE AND KEY FINDINGS FROM 2021:

A walking safari for birders