Through cutting-edge research, the Tswalu Foundation aims to continue contributing in a meaningful way to scientific and ecological management communities both locally and internationally. Research projects on the reserve all fall within one or more of the three core themes identified by the Tswalu Foundation, namely Conservation Biology, Climate Change and Anthropogenic Factors.

Biodiversity conservation of species and ecosystem 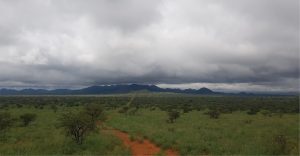 There is no doubt that Tswalu performs an important role in the conservation of the Southern Kalahari, and for South Africa. This is a broad statement which can be understood more clearly through targeted research, ensuring our understanding of exactly how important Tswalu is to the conservation of arid environments in the broader South Africa context. Which species of plants and animals rely and owe their survival on this conservation initiative. Is Tswalu large enough and what will be the minimum required size to ensure the ecological integrity of Tswalu in the future? What are the implications of reserve size for different species? What is the minimum size required for species survival? How does Tswalu’s biodiversity compare with the farms in the area under different management structures? How long does it take for a newly purchased farm to be restored? What contribution do new properties make to the overall environmental integrity of Tswalu? What happens in terms of succession – pioneer to climax species? Do we understand nature flux on Tswalu compared with other adjoining properties?

Biological diversity (including genetic, ecological and community diversity) is being lost at unprecedented rates, with some arguing that we are entering the earth’s 6th mass extinction episode. Factors such as habitat fragmentation and environmental degradation are influencing the distribution and abundance of species, often in ways that are impossible to predict. When faced with environmental change, species may persist by moving (or being moved) to track suitable environments. As such, conservation biology faces a conundrum: how best to manage for species persistence and their habitats under rapidly changing and often unpredictable conditions. What is needed, in the face of conservation triage, is bold and courageous conservation planning based on accurate scientific data. The impacts of fire or lack thereof in fire climax habitats is relatively well-known, however, what are the impacts in an already stressed, arid environment? Do we understand nutrient cycling in an arid environment? What is the grass – termite interaction in terms of nutrient cycling? What is the extent and impact of moribund vegetation and the overall condition of the vegetation on Tswalu?  Identifying the extent of local migratory species and the role of Tswalu in conserving them in the broader context is important. What limits Tswalu’s ability to play a larger role in species conservation in this environment?

The presence or absence of large predators within a system is expected to trigger a cascade effect among animals and plants – one that will take decades of research to understand.  The absence of lion (apex predators) will reduce predatory pressure on the herbivores. As a result, certain species may over impact the vegetation. Limits of carrying capacities may be reached (are we perhaps there yet – or exceeded?), and movement reduced. A suit of predator-prey avoidance will expect to have impacts on the trophic structure. We can document these cascade effects of what happens when a species is removed or added to the Tswalu ecosystem. The Tswalu divide between Korannaberg and Lekgaba provides the perfect opportunity to study this in a semi-arid environment.

Nowhere in the world do the benefits of co-operative breeding assist in the survival of a species as occurs within arid environments. The need for increased search for food, nesting sites, anti -predator surveillance as well as the number of reduced breeding individuals to ensure the survival of progeny are not well understood. Age structure, behaviour relations between family members, reproductive success and interaction between dominant and sub-dominant animals in arid species are poorly understood. Invertebrates have some of the greatest co-operative communal structures, the majority under-researched. Huge scope lies within the arid associated species.

Disease has the potential to impact species and populations on a global scale. Some diseases are endemic and/or indigenous, while others are introduced, directly or via a series of exotic hosts. What are the impacts of these diseases to species composition on Tswalu and how are different species affected? What are the implications to the property? What are the implications to the region? Do we understand the relationships to the hosts? Which environmental conditions are conducive to various diseases, and are there early environmental warning signs which can be detected? What are the life cycles of diseases in the arid areas, compared with what we know from elsewhere in South Africa?  Which diseases are hosted within a population, and what are the environmental triggers for these outbreaks? How do species within a population cope with such diseases? Are there adaptations? What breaks a disease cycle? What intervention (if any) are required by management for different species and different diseases?

There is a balance between predator-prey relationships in all environments. This is often a fine balance between the ability of the predator to outsmart the prey, and the prey’s ability to evade predation. The top of the chain are the apex predators preying on a large variety of other species.

However, as interesting, yet perhaps less understood relationships occur between the smaller species too. The entire predator – prey guild within the Kalahari could be researched as a programme. Research can attempt to establish the relationships between avoidance, use of behavioural adaptations and camouflage to successfully survive in an often sparsely vegetated area of South Africa.

Understanding the impacts of climate change

During Earth’s history, natural processes such as variations in solar radiation, orbital vicissitudes and even continental drift caused changes in temperature and rainfall patterns and inevitably impacted on biodiversity and species’ patterns and abundances. As such, climate change is seen by some as a natural phenomenon. More recently, however, human actions (most notably the emission of greenhouse gasses) have accelerated the rate of change leading to an unprecedented negative impact on biodiversity and ecosystem functioning. Even a 2°C warming might have devastating effects on biodiversity, resulting in cascading effects and tipping points. Understanding impacts on biodiversity (including extinctions, range shifts, changes in distributions, hybridization and inter-species competition) and predicting threats to ecosystem services (health and food security) and extreme climate events (droughts) is essential for biodiversity conservation, especially in the Kalahari, a region which is expected to show the first signs of actual die-offs and impacts of climate change. What are the key indicators and markers for rates of change (actual vs hypothetical)? Physiologically, how are different species adapted to an ever-harsher environment. What are the tipping points for different species?  Living in an arid environment requires many adaptions to survive. Different species adapt differently and interact with their environment in different ways. Identifying these adaptions within and between species is vital in order to understand the long-term survival of species and ultimately the resilience of ecosystems.

Tswalu provides a unique experiment in that we have land under conservation for many years, compared with land newly designated from farming to conservation. How have species adapted under different management practices.
In areas where land is overgrazed the aridness scale is expected to be more severe. How do different species adapt under different climate circumstances? What are the tipping points for the various species? How do different species react to living this arid environment? How do they react to the different seasons and associated climatic conditions? Which species are better adapted, and how? How do species living in the Kalahari use mutualistic relationships to survive?

The human impact – past, present and future 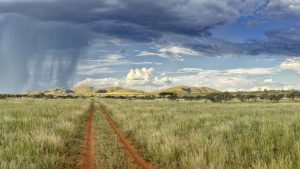 Documentation of archaeological sites on Tswalu and the surrounding areas. The need is to document the human timeline within the Kalahari, closely identifying the eras. These will form layers in our knowledge of the archaeology and palaeontology of the area. The use of current techniques in remote sensing to identify areas with fossil and other archaeological sites will add significantly to our understanding of the human impact on the Southern Kalahari. Do we understand man’s involvement in the area – how did he survive and adapt to this ever-changing environment. What was the involvement of bushman in the area, what was their relationship with early pastoralists? How did man use the land? How did he interact with the environment and the species whom he shared it with? What signs were left? How were these made, and what is the significance?

While there is always a human impact on the environment, the key is understanding the extent of this impact, and identifying whether the impact is significant. Species react differently to environmental impacts, some species tolerating high levels of interference, while more sensitive species may react to very slight changes in their environment. Can we identify these stresses and measure the tolerances for different species?  At what level does tourism impact a species negatively? Reactions to stress differ, and purely researching behaviour isn’t always an accurate measure. What are animal’s physiological reactions to being handled or interacted with (for example capture or tourism)? Can the impact on their behaviour be measured, and how? How is their ability to survive compromised? There is a larger demand on wild places and the animals which inhabit them. At what level is their integrity compromised, and their survival at risk? What are the anthropogenic barriers on the Kalahari Landscape (fences, roads, water supply etc.) and what are their short and long-term implications for the ecology of Tswalu? Looking at the possible edge effects of these barriers will enable better informed decisions to be made on the ground to ensure the ecological integrity and longevity of Tswalu Kalahari Reserve. The social impact of conservation and tourism in the Northern Cape can be explored. The benefits to communities linked to Tswalu Kalahari Reserve and identifying the barriers to longevity and ecological integrity should be explored.