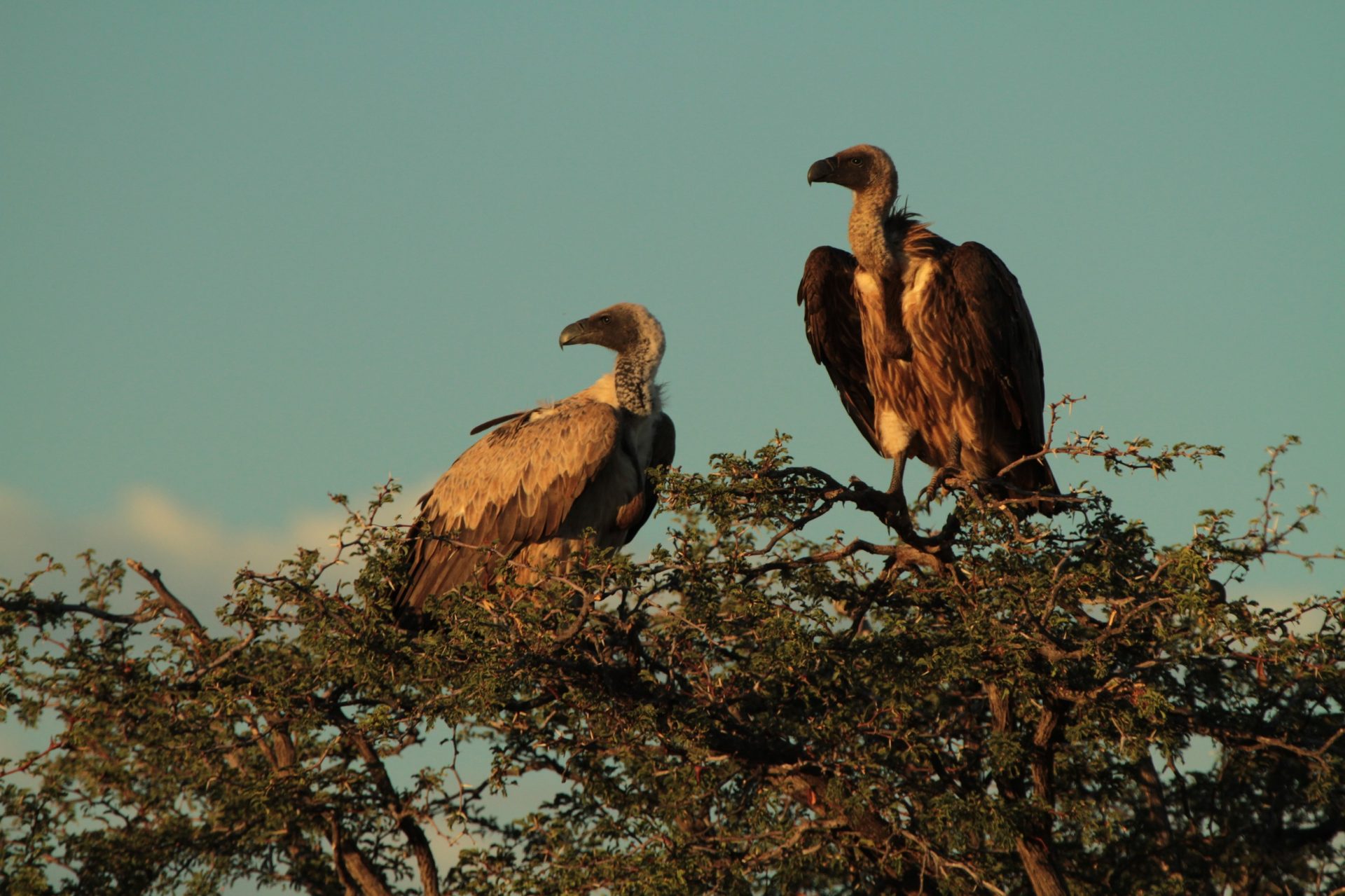 Every year, on the first Saturday of September, International Vulture Awareness Day brings to the forefront one of our planet’s most recognisable, albeit misunderstood, birds. Never rated as one of nature’s beauties, this lover of all things decomposing nevertheless performs one of nature’s most important tasks: processing the bodies of the dead so that their nutrients can be recycled back into the landscape. Without the ecosystem services that vultures provide, carcasses will be left to rot, attracting increasing numbers of less specialised scavengers such as jackals, rats and feral dogs; creating the ideal circumstances for the spread of diseases such as rabies and canine distemper.

Unfortunately, Africa’s vultures are facing an uncertain future. Three of South Africa’s nine vulture species, including the once-prolific White-backed Vulture, has declined to such an extent that they are now regarded as Critically Endangered by the International Union for the Conservation of Nature (IUCN). Vast numbers of vultures are lost when poachers lace the carcasses of poached animals with poisons in order to evade detection. Vultures are also the unwitting victims of farmers who use poisoned baits to rid themselves of problem animals such as jackal and caracal. Collisions with and electrocutions by powerlines also play a major role, as does persecution, lead poisoning by fragments of ammunition and disturbance at breeding colonies.

Conservation efforts are often hampered by the ecology of vultures themselves, as they can travel vast distances in search of food, paying no mind to country borders. To stem the tide of losses, landscape-based conservation initiatives are now needed, not only in our nature reserves and national parks, but also on privately owned land that support vulture populations. First conceptualised and applied in Asia, where vulture numbers were decimated by the use of the veterinary drug diclofenac, Vulture Safe Zones cover vast stretches of privately-owned land that are managed in ways that are conducive to vulture survival. The Multi-species Action Plan to Conserve African-Eurasian Vultures (Vulture MsAP) has now brought this initiative to Africa, where it is being adapted to address the unique and multi-faceted challenges facing the continent’s vultures. Criteria may be adapted to the area under consideration, but include retro-fitting powerlines with mitigation measures to prevent collisions and electrocutions, sending select members of staff for poison response training, not using non-steroidal anti-inflammatory drugs (NSAIDs) for veterinary purposes, only using non-lead ammunition for hunting or culling purposes, ensuring that carcasses put out at vulture restaurants are properly vetted, ensuring that poisons are not used to deal with problem animals, and committing to safeguarding and monitoring any vulture nests that occur on the property.

Situated in a remote corner of South Africa’s Northern Cape Province, Tswalu Kalahari Game Reserve covers a vast area of unspoilt wilderness in the heart of the green Kalahari. Lappet-faced Vultures are known to breed on the reserve, and White-backed Vultures (that are known to breed further north along the Kuruman River) regularly frequent the reserve in order to feed and bathe. Reserve management has been working closely with BirdLife South Africa to implement measures that will safeguard vulture populations on the property, and they are to be commended for the commitment showed to the conservation of our dwindling vulture populations.

On 7 September 2019, Tswalu became South Africa’s first Vulture Safe Zone, leading the way in what is hoped will become a vast network of safe zones that will not only allow vulture populations to stabilise, but to thrive. We need to nurture our vultures so that they can nurture our land. By becoming a Vulture Safe Zone, Tswalu Kalahari Game Reserve has taken us one step closer to ensuring the survival of these magnificent birds.

BirdLife South Africa is the country partner of BirdLife International, a global partnership of conservation organisations that strives to conserve birds, their habitats and global biodiversity, by working with people towards sustainability in the use of natural resources. BirdLife International partners operate in more than 125 countries and territories worldwide. BirdLife South Africa relies on donor funding and financial support from the public to carry out its critical conservation work.

An appropriately sized geographic area in which targeted conservation measures are undertaken to address the key threats relevant to the vulture species present. VSZs are developed in southern Africa as an approach to complement national and international efforts to reduce the impact of existing and emerging threats to stabilise and promote recovery of existing vulture populations.

More information on vultures and poaching

Soaring flight gives vultures the ability to detect carcasses quickly and to cover vast distances in short periods of time. With poaching of Africa’s large herbivores reaching unprecedented levels in recent decades, vultures’ unique adaptations have bestowed on them the unexpected role of sentinels. A kettle of vultures circling over a carcass give rangers the opportunity to uncover poaching incidents quickly. Unfortunately unscrupulous poachers have caught on to this useful practice, and are now killing vultures in large numbers by poisoning poached carcasses. Since the beginning of 2019 at least 850 vultures have been lost in southern Africa in this way, with 537 vultures dying in one incident in Botswana alone. The scale of these losses are unsustainable and its continuance could see the extinction of species such as the White-backed Vulture within our lifetimes.