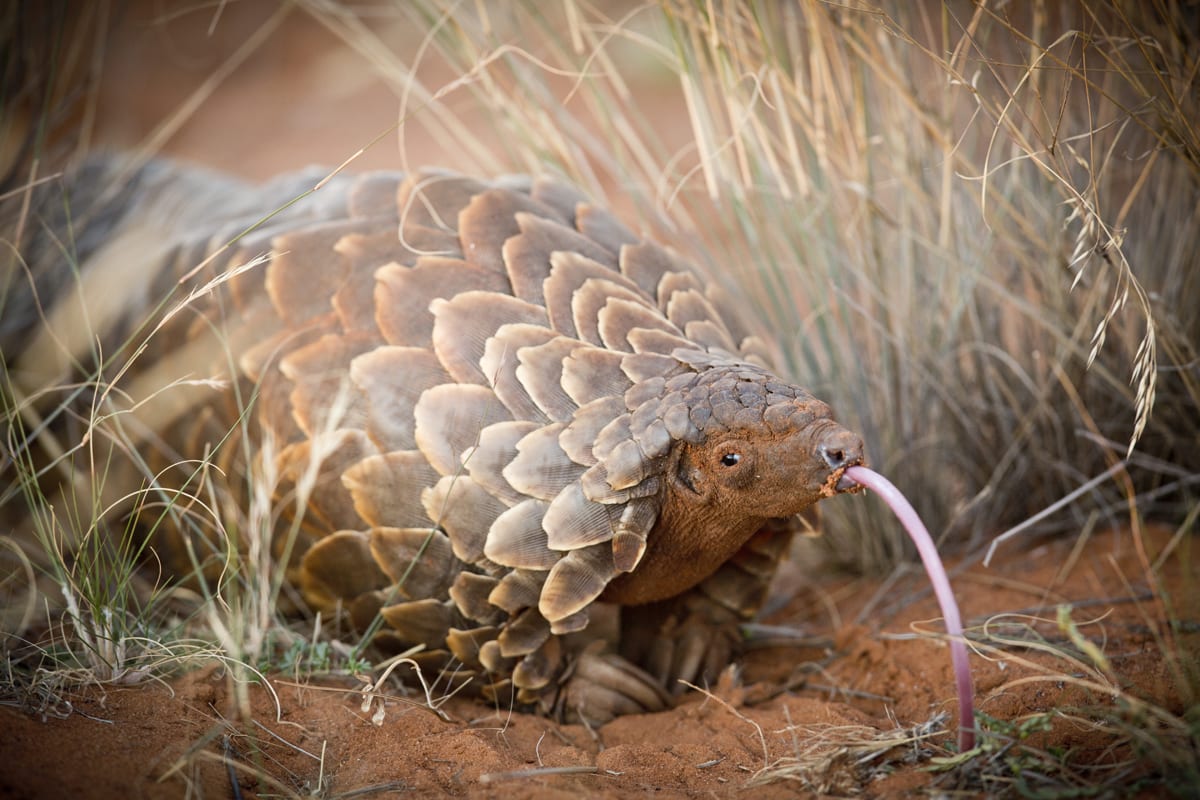 The pangolin has received considerable attention in the media where it has been identified as the most trafficked wild animal on earth. All species of pangolin are threatened by illegal trade, which persists and is escalating. Now more than ever, we need to recognise that the preservation of our protected habitats, and of these incredible creatures, is linked directly to the success and sustainability of credible conservation-based tourism initiatives.

Tragically, little is known about this rare animal but Tswalu’s pangolin research efforts have revealed extensive movements and never before described behaviours. This research contributes to a greater understanding of the biology and habitat requirements of the ground pangolin (also known as Temminck’s pangolin or Cape pangolin, which is one of four species of pangolins which can be found in Africa), and improved understanding of the factors that limit pangolin populations globally.

The research has highlighted the need for extensive areas where pangolins can receive absolute protection and are secure from all human threats. This project is revealing new details of this endangered species’ lifestyle and biology and is illustrating how important protected areas are to their survival.