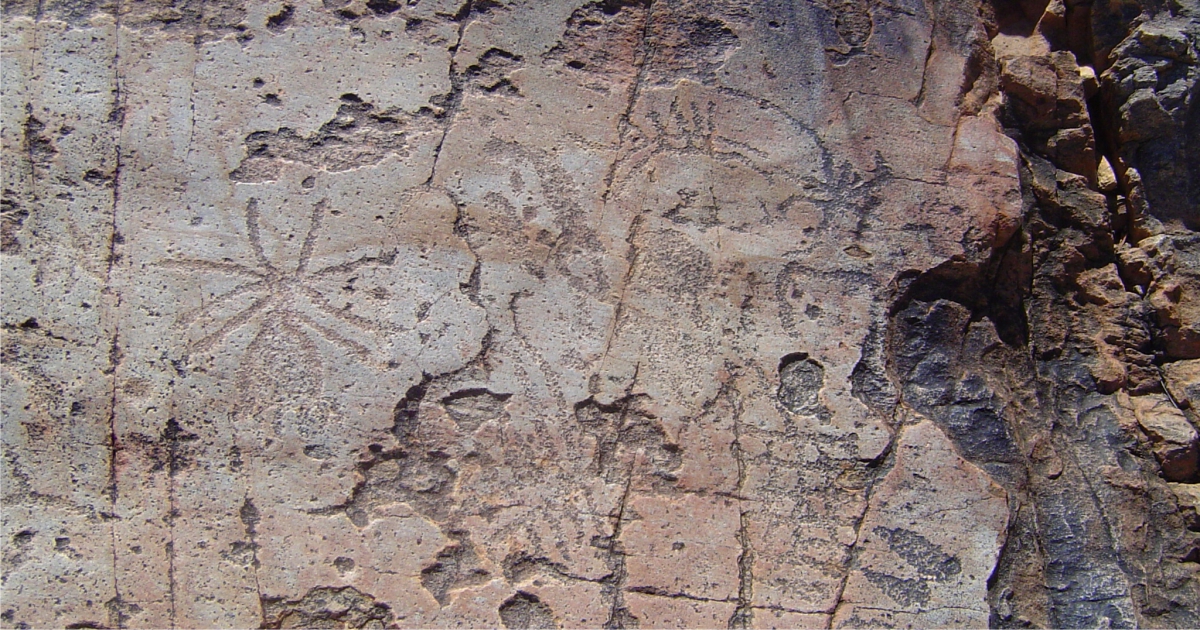 Tswalu is the perfect place to study how past climate change in the southern Kalahari impacted early humans. This is the main focus of the North of Kuruman Project, an interdisciplinary study led by Dr Jayne Wilkins and Dr Benjamin Schoville in close collaboration with Dr Robyn Pickering of the University of Cape Town. The team working on the project also includes international researchers and postgraduate students.

Until recently there had been little systematic archaeological research within the expansive, protected area of Tswalu. However, there is clear evidence of human activity extending back in time to at least 500,000 years ago. This record spans what archaeologists call the Earlier, Middle, and Later Stone Ages, and the Iron Age. Many of these traces of human activity are clustered around water sources, such as pans, or in deposits that were lake beds in the past. The Kalahari has sometimes been drier and sometimes wetter in the past, and humans have always been tied to water in some way.

As archaeologists we search for traces that humans have left behind to understand how they lived and the tools they used. At Tswalu, these traces are mostly in the form of scatters of stone tools, rock art sites, and Iron Age stone walling. All these traces of humans on the landscape are a testament to the incredibly long history of humans in Africa, as well as inspiring hints of human adaptability to changing environments.

The rock art at Tswalu is world renowned. One site is on a prominent hill where past people have engraved hundreds of images of giraffes, eland, and human figures. As is often the case these rock paintings are not isolated, and the area below has cupules (small depressions) engraved into the rock, and a pool that fills with water when there are heavy summer rains. A rock gong is located near these engravings in a cleared sandy patch that people may have used as an amphitheatre.

In 2017, The North of Kuruman Project began exploring Tswalu for Earlier and Middle Stone Age sites that could add to the story of our early human ancestors. The first approach was to conduct surveys and document some of the scatters of stone tools. We found these scatters are often located on the edges of watering holes or in the Korannaberg hills where quartzite outcrops would have been used by people to make stone tools.

Finding buried deposits is often more difficult than surface scatters, but it allows archaeologists to date how old the sediments are and determine how old the archaeology is. The Kalahari’s dusty roads are commonly covered with a layer of calcrete, mined from several modern quarries in the vicinity. Artefacts are sometimes spotted on the side of the road where mined calcrete has been used to settle the dust. Calcrete quarries have exposed archaeology that was previously buried under metres of sand.  Most of the team’s work at Tswalu has been focused on excavating a particular quarry site known as Witberg.

At Witberg, stone tools are eroding out of the walls left by the quarrying, and these artefacts are being carefully excavated from the very hard sediments. This requires scraping out the artefacts one by one, and mapping each one with precise instruments that use lasers to pinpoint their location. The relationships between artefacts are just as informative as the artefacts themselves, which is why it is important to leave artefacts exactly where they are found on Tswalu.

So far, we have excavated two layers of Middle Stone Age tools that are at least 130,000 years old. This period is crucial because it is when the earliest fossils of our species have been found, and when we start to see more complex technologies like shell necklaces, body paint, and bow and arrows. At Witberg we’ve found stone points that may have been used to tip weapons or as knives for butchery. The sheer density of artefacts at Witberg suggests that people were repeatedly using this site.

We have also discovered that the sediment is made up of diatoms (single-celled algae) that were present when there was a large ancient lake in that spot. The levels where there are stone tools correspond to times when Witberg would have been a lake shore. Humans were probably using the lake shore to access water, and to forage and hunt for food.

Recently, excavations have started at another quarry called Sonstraal. The sediment is very similar to Witberg, which indicates that the area may have been formed by the same palaeolake at times in the past. The kinds of stone tools that we are finding at Sonstraal are called hand axes and are distinctive of the Earlier Stone Age. Hand axes are versatile and have been dubbed the original Swiss Army knife. They are sometimes associated with butchery of very large animals such as elephants. Early humans made hand axes for a long time – starting about 1.7 million years ago and continuing until about 300,000 years ago in some places. Hand axes are often found on the surface and are difficult to date, but we should be able to date the sealed deposit at Sonstraal.

Another archaeological site that we have investigated is a seasonal pan called Ratelpan, where many stone tools can be seen scattered on the surface. We mapped the topography of the pan and dug some test pits to figure out where we might be able to find intact buried deposits (what we call ‘in situ’) for detailed archaeological investigations. Unfortunately, in this case we were unable to find any after two metres of digging, but that won’t stop us from looking at other sites!

Our combination of excavations, surveys, and palaeoenvironmental research are helping us build up a detailed understanding of how past humans were using the environment at Tswalu and how they were adapting to changing climates. We’re hoping to get back to Tswalu soon to continue uncovering more of the abundant archaeology on the reserve, delving back hundreds of thousands of years into our collective human history in the southern Kalahari.

About the Contributors to this story:

As a fellow member of The Long Run, Tswalu is working towards improving its sustainability goals with the help of a full-time sustainability officer, Prince Ngomane.