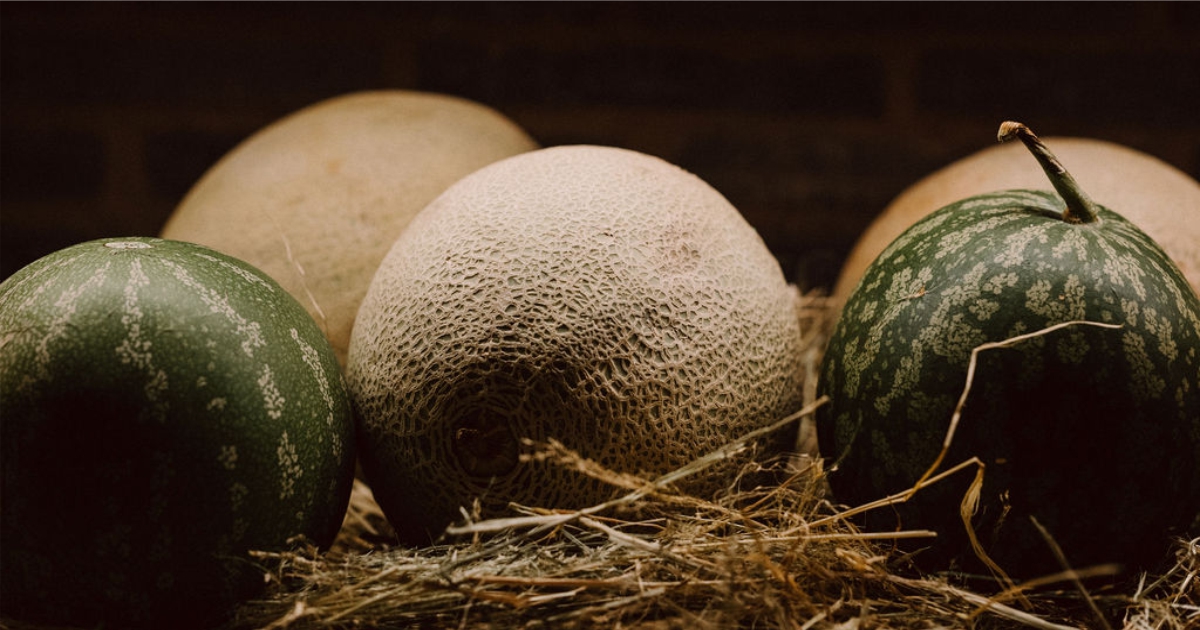 Creating a new culinary experience in a place as remote and untouched as the Kalahari requires great sensitivity. Every ingredient must be carefully considered. Where it comes from, how it gets to Klein JAN and how it is stored and preserved, are all-important — not only for the sake of one’s conscience, but because in the vastness of the desert we depend on the land to survive — far more so than in the comfort of the city.

The Klein JAN root cellar is located four metres below ground, and is accessed through an almost hidden door in the side of a plaasdam (Afrikaans for ‘farm dam’) alongside the iconic, hundred-year-old Boscia House. At the bottom of a helical staircase lined with a curtain of water infused with petrichor (the smell of rain falling on dry earth), you enter a 20-metre-long, arched hallway lined with shelves. The concept of this underground root cellar dates back to the 18th century — a time before electrical refrigeration — which was really an incredible concept for that time. In this climate-controlled space, the humidity averages 80% while the temperature remains at a steady 5 °C, no matter the temperature outside.

Having a root cellar like this in the middle of the desert means Klein JAN’s impact on the fragile surrounding environment becomes all the more sustainable. But the best part is sharing the root cellar with our guests, who, through interacting with the space and tasting the ingredients, get a tactile experience of just how valuable something as simple as a raisin is in this part of the world.

THE BOUNTY OF PRIESKA

Although the Kalahari is often thought of as an arid no-man’s land, it is actually teeming with life — particularly along the banks of the Orange River. We source many of our ingredients from the region surrounding the town of Prieska, about a 4 ½ hour drive south of Tswalu Kalahari. The farm Lowerland is one of the most prolific in the area, and supplies Klein JAN with a range of ingredients, including pumpkins, wheat, and even wine.

Paging through JAN the Journal Volume 6, you would have come across the pistachio’s fascinating journey to South Africa, and how close our pistachio industry came to the brink of collapse. But thanks to a handful of farmers, like Rina Coetzee and David Muller, who decided to build on the work of their predecessors, our pistachios are back… and thriving!

THE RICHES OF AUGRABIES

When journeying along the Orange River, it is staggering to see what variety the region has managed to conjure. Apart from the famous falls, the town of Augrabies is also well known for its incredible table grapes, which are shipped all across the country and beyond at a time when the Western Cape’s grape harvesting season has already come to an end. It comes as no surprise, then, that all of Klein JAN’s grapes and raisins hail from here.

But when we came across one particular resident in the town, it felt almost too good to be true. After a career dedicated to the farming of table grapes — and a lifetime of craving good cheese — Tiaan Visser discovered a passion for cheesemaking. Now he produces a staggering collection, that he makes on his stove in the same 20-litre pot, ranging from cheddar and feta style cheeses to fromage created in the Gruyère, Camembert and Brie styles, most of which have also found a home in Klein JAN’s root cellar. Read more about Tiaan and his cheesemaking journey in JAN the Journal Volume 6 and visit the Kalahari Cheesemaking Company online.

Beyond Prieska and Augrabies, however, the Kalahari is a food lover’s paradise, with dates grown by Kanoneiland and Southern Farms, and staples like potatoes and onions cultivated in Vryburg. We get a lot of our meat from Upington Slaghuis and a beautiful dry-aged beef from Kuruman. Not all our ingredients are sourced from the greater Kalahari, however. We also forage our own tsamma melons, springbok cucumber and gemsbok cucumbers right here on Tswalu.

Arriving in the Kalahari for the first time, it’s not uncommon to expect scarcity, but where life finds a challenge, it finds a way, and the Kalahari is anything but a barren wasteland. Quite the opposite. It is a place of cultural and culinary abundance!