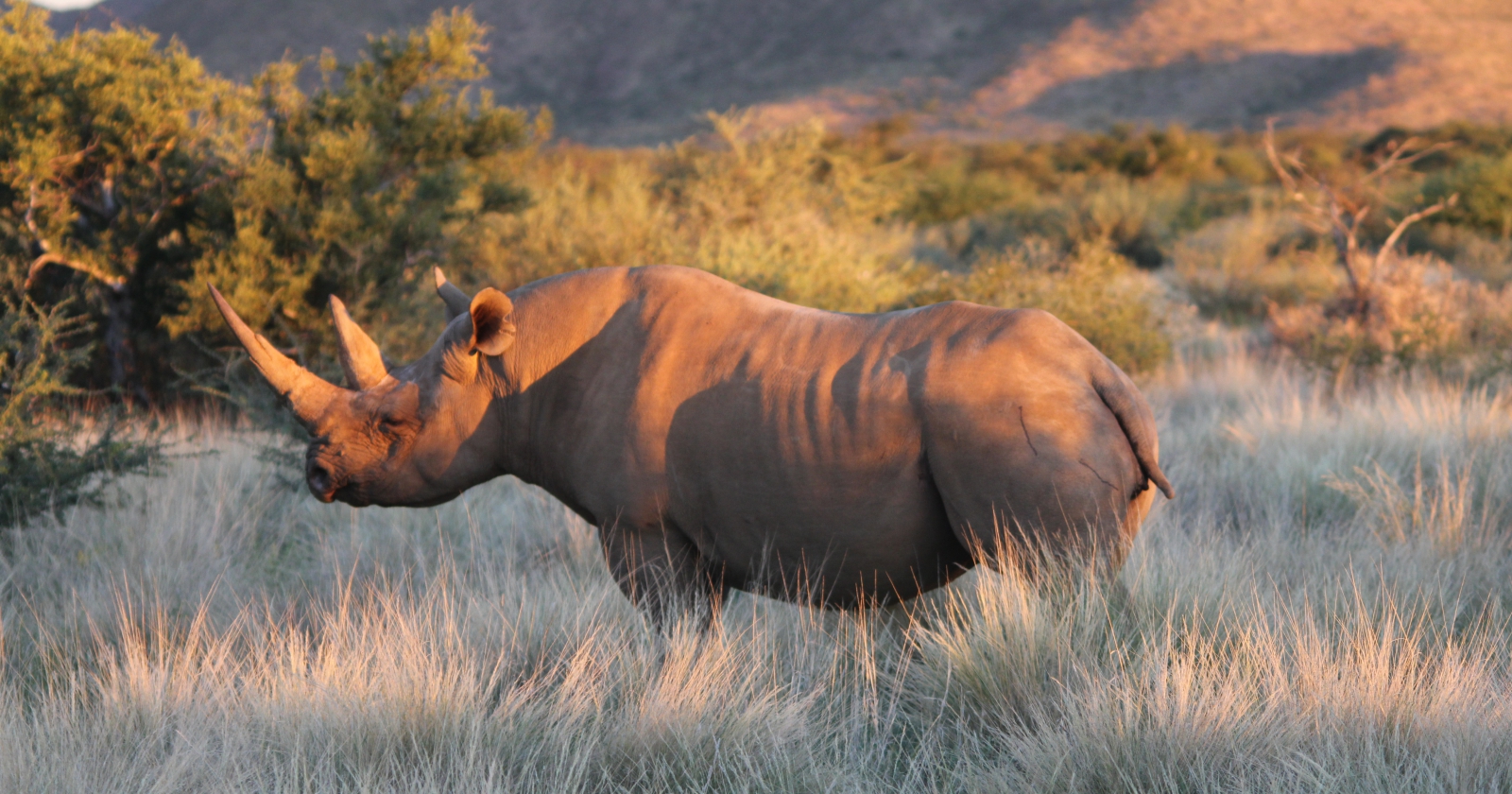 Our first trip to South Africa was 21 years ago – a family safari to a game reserve in the Eastern Cape with our two sons. We returned annually to the southern hemisphere and the thrill of abundant wildlife sightings, but it was only a few years later that we ventured to the Kalahari and experienced Tswalu for the first time.

I cannot recall who recommended Tswalu or even how the booking was made, but I do remember the feeling of anticipation as we boarded the Pilatus aircraft for the 90-minute flight from Johannesburg straight into the reserve. The prospect of visiting the largest private reserve in South Africa in the remote expanse of the Northern Cape was an exciting one!

The sheer size of Tswalu immediately took our breath away. Here was the feeling of remoteness and vast scale of Africa and its dramatic landscapes we had only imagined back at home in Oxfordshire.

We climbed into our private vehicle with our guide and tracker, and the many benefits of an exclusive safari soon became apparent. With nobody else to consider, we could discuss our viewing priorities (more about that later), choose our departure times and when we wanted to return to camp, and enjoy unlimited time at special sightings without the pressure of knowing that other vehicles were awaiting their turn. We could choose to stay out all day with a packed lunch, or go out on a night drive after dinner. Our schedule was our own! This freedom and flexibility made all the difference.

On our early safaris in South Africa we had seen the so-called Big Five. White rhino, being grazers, were not hard to find on the grassy plains, but the black rhino evaded us. As browsers, they favoured deep valleys and bush thickets, presenting something of a viewing challenge. Without a black rhino, I was left doubting whether I could honestly say I’d seen the Big Five. Several years and safaris later, and still the black rhino was a creature that existed only in my imagination.

Our first trip to Tswalu changed that. Although a black rhino was still a huge challenge to find, favouring the reserve’s blackthorn thickets, we did find one. A black rhino is an animal with great character in its appearance and surprising speed in its movement. It has a reputation for surprise aggression, but it is not something I witnessed. Our guide was alert and respectful of keeping a safe distance between the vehicle and the animal so that the rhino never felt threatened and we never felt in any danger. Our first sighting was perfect: we didn’t have to share it with anyone else and we didn’t have to queue or observe any time limits. What a pleasure! I remember that incredible feeling of being entirely on our own in an immense landscape of mountains, Kalahari dunes, savannah plains and waterholes. What could be better?

Another visit could not come soon enough and we were back at Tswalu eight months later. This time our trip coincided with the arrival of a veterinary team, which was there to monitor the black and white rhino populations for research purposes and to notch the ears of young rhinos to assist with identification and monitoring. We were lucky to be allowed to witness the veterinary team at work, which is where we met Gus van Dyk, head of conservation at Tswalu, for the first time. The following day we met Dylan Smith, then a guide but now working with the Tswalu Foundation on an increasing number of valuable research projects. I am delighted to say that over the years we have become firm friends with Gus and Dylan and their respective wives, Hayley and Theresa. Returning to Tswalu always feels like visiting old friends and we feel completely at home there.

We have recently returned from a southern African safari, and the time we spent at Tswalu was once again a highlight. Over the years, the reserve has expanded even more in size and sightings of its very special animals and birds have responded. Cheetah viewing is a wonderful feature and I am sure that the viewing of pangolin must be the finest in southern Africa. Other species adapted to the Kalahari ecosystem that we’ve enjoyed seeing include the aardvark, aardwolf, bat-eared fox, meerkats and, of course, the black-maned Kalahari lions! Tswalu is an amazing example of biodiversity conservation, backed by long-term research, and we wish them every success and look forward to our next visit.