WHEN A PANGOLIN SNIFFED MY BOOT 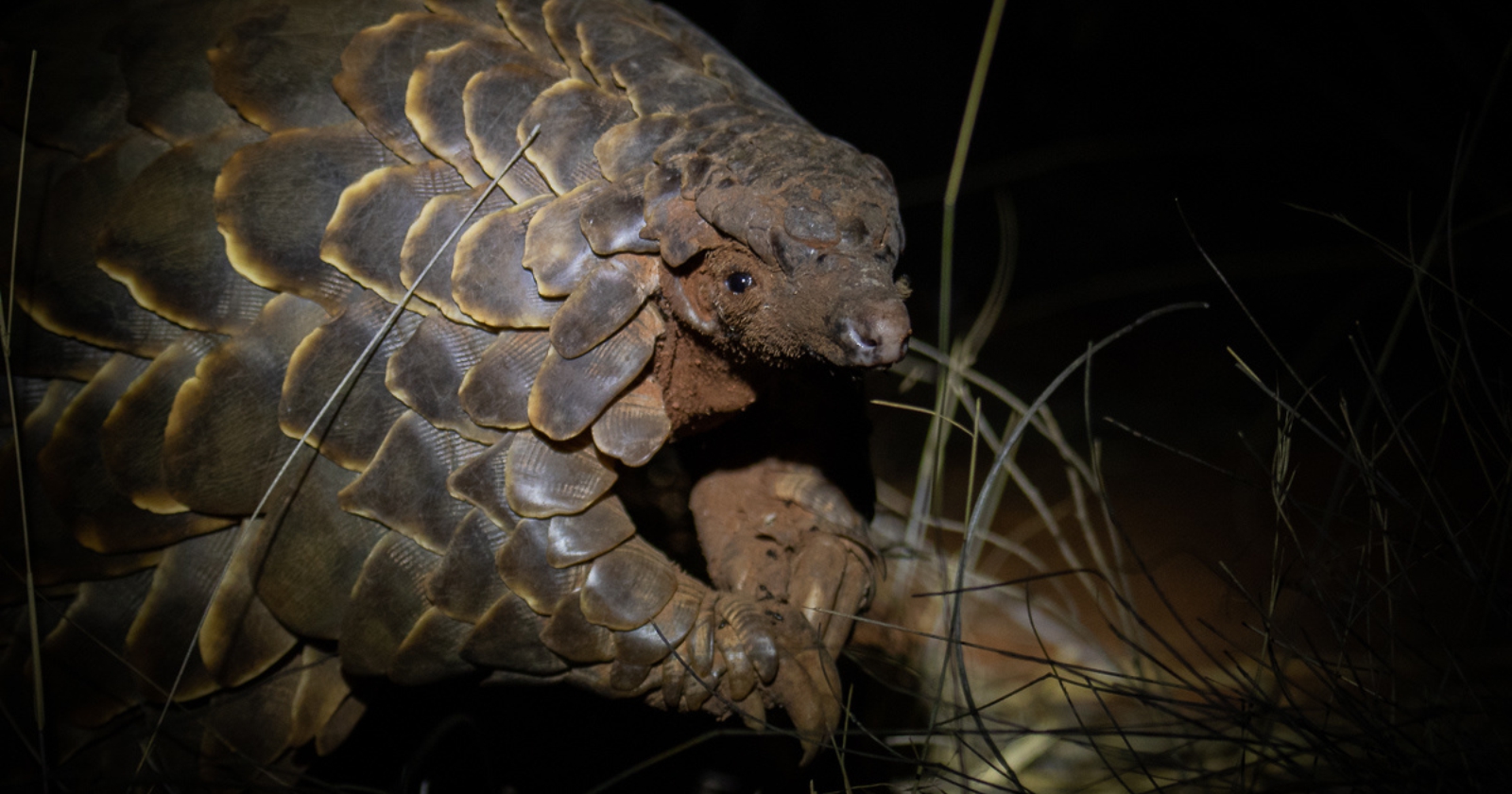 Home / Our stories / Research / WHEN A PANGOLIN SNIFFED MY BOOT

Leonie Joubert wrote The Edge of Survival, a story focused on the climate change research happening at Tswalu, for National Geographic’s August 2021 issue. Leonie has spent the better part of 20 years researching and exploring urgent topics, such as climate and ecosystem collapse, through long-form non-fiction writing (books and journalism), podcasting and, more recently, political art.

Her first book, Scorched – South Africa’s Changing Climate, was published in 2006. To date, she has authored 12 books and contributed to several other titles. One could say Scorched was ahead of its time – a series of essays on how climate change was going to impact on South African landscapes and species.

Fast forward to 2020, when a copy of the book landed on the desk of an editor at National Geographic. Since the magazine is almost exclusively visually driven, it falls to established National Geographic photographers, rather than writers, to pitch stories to the editor. The South African-based National Geographic photographer, Thomas Peschak, was commissioned to document the potential impact of climate change on the Kalahari ecosystem. With travel plans curtailed by covid lockdowns around the globe, this was a close-to-home narrative for Thomas – a deep dive into the southern Kalahari ecosystem based on several months spent at Tswalu with researchers affiliated to Dedeben, the Tswalu Foundation’s on-site headquarters.

Leonie was the obvious choice to write the accompanying story on, what she described as, “the Kalahari ecosystem’s very delicate weave of life”. “It felt like a career Everest summit,” she explained. “I was given 3000 words, which felt like squashing a life’s work into one article. I could literally have written a book on the extraordinary research being done on the reserve.”

After nearly two decades of writing about climate collapse in the context of sub-Saharan Africa, The Edge of Survival was an opportunity to focus on a region that repeatedly flares up on maps as a climate change hotspot. “The Kalahari is warming at twice the global average. Whether these remnant patches of Kalahari arid savannah will be able to survive in future remains to be seen.”

Arriving at Tswalu in November 2020, at the end of a drought cycle and the start of one of the wettest summers recorded in decades, Leonie spent many hours on the reserve with Dr Wendy Panaino, PhD candidate Valery Phakoago and Master’s student Thilo Beck, among others. Keeping track of tagged study animals, such as aardvarks, Temminck’s ground pangolins or Cape cobras, is the hands-on part of their research and often involves  spending long hours outdoors in extreme temperatures. The Tswalu Foundation’s climate change-focused research projects fall under the Kalahari Endangered Ecosystem Project (KEEP). This multidisciplinary programme is one of the first studies in the southern hemisphere to take into account how key species interact with each other in complex food webs, allowing the researchers to distinguish between the direct and indirect effects of climate change on free-living Kalahari organisms.

One of the tagged pangolins became a central character in Leonie’s story. On her very first night on patrol with Wendy and Valery, she had a once-in-a-lifetime encounter with one of their tagged study pangolins after several hours of following tracks through the dunes to a burrow.

“It was around 10pm, we’d been sitting patiently for about two hours close to the burrow entrance, not a light to be seen, barking geckos the only sound. Suddenly I heard a strange sound, almost like the sound of dry twigs scraping across a windowpane. It was the pangolin emerging from its burrow, and waddling away into the darkness in search of ants and termites. We began to follow it, walking as quietly as possible, when it suddenly stopped. We all froze in our tracks. The pangolin turned around slowly and come up to me and sniffed my boot for about 30 seconds. It was the most extraordinary experience. I still can’t quite believe it happened.”

Up-close pangolin encounters notwithstanding, what drives Leonie to take on the next challenging assignment is a combination of joy, anger (injustice enrages her) and, that old human pursuit, the existential search for meaning. “I’ve always been fascinated by how the world works, from how the climate and solar systems work to how the human condition came to be – from an evolutionary perspective – and how that expresses itself at a societal level and on a personal level. I am profoundly fortunate and privileged to have happened upon this career. I find it emotionally, psychologically, creatively, and intellectually stimulating and it gives me a sense of profound meaning.”

Leonie has been writing about carbon pollution for two decades, during which time the rate of carbon emissions has escalated exponentially. “For scale, consider that I was born at 327 parts per million (ppm). That’s how much carbon dioxide was in the atmosphere in 1972, the year I was born. By the time I visited Tswalu for this assignment, carbon pollution was up to 420ppm. In just five decades, we’ve dumped into the atmospheric ‘landfill’ more than half of the cumulative carbon pollution that’s driving climate collapse. In that time we’ve released four times more than the carbon pollution (nearly 100ppm) that was released in the five decades before 1972. This is flooding the ocean and air with so much heat pollution that it is tipping us, literally, towards an uninhabitable earth. A decade from now, if collective efforts to slow pollution have not gained traction, we, and many of the other species sharing this planet with us, face an extinction-level event. This isn’t catastrophic thinking, this is what the science is telling us. One decade is 10 birthdays, 130 full moons and 350 million beats of our hearts.”

The time spent at Tswalu was deeply moving for her. “There’s something about being in wilderness places – whether in the Kalahari, the Southern Ocean, the Namib Desert, or the hilltops in a misty grassland somewhere – that puts you right back in your place as just another mammal on the tree of life. Wilderness places speak right to the heart of the existential questions that humans have been grappling with for thousands of years.”

So, what’s the one glaring misconception that most people still have about climate climate? “When it comes to carbon pollution, we have to stop focusing on individual behaviour. We have to stop asking well-meaning people to drive and fly less and not eat meat. Instead, we need to tackle the global corporations who have been able to freely use the atmosphere as a waste disposal site for decades, thereby destabilising the climate that you and I are dependent on for life.”