IN CONVERSATION WITH THOMAS PESCHAK 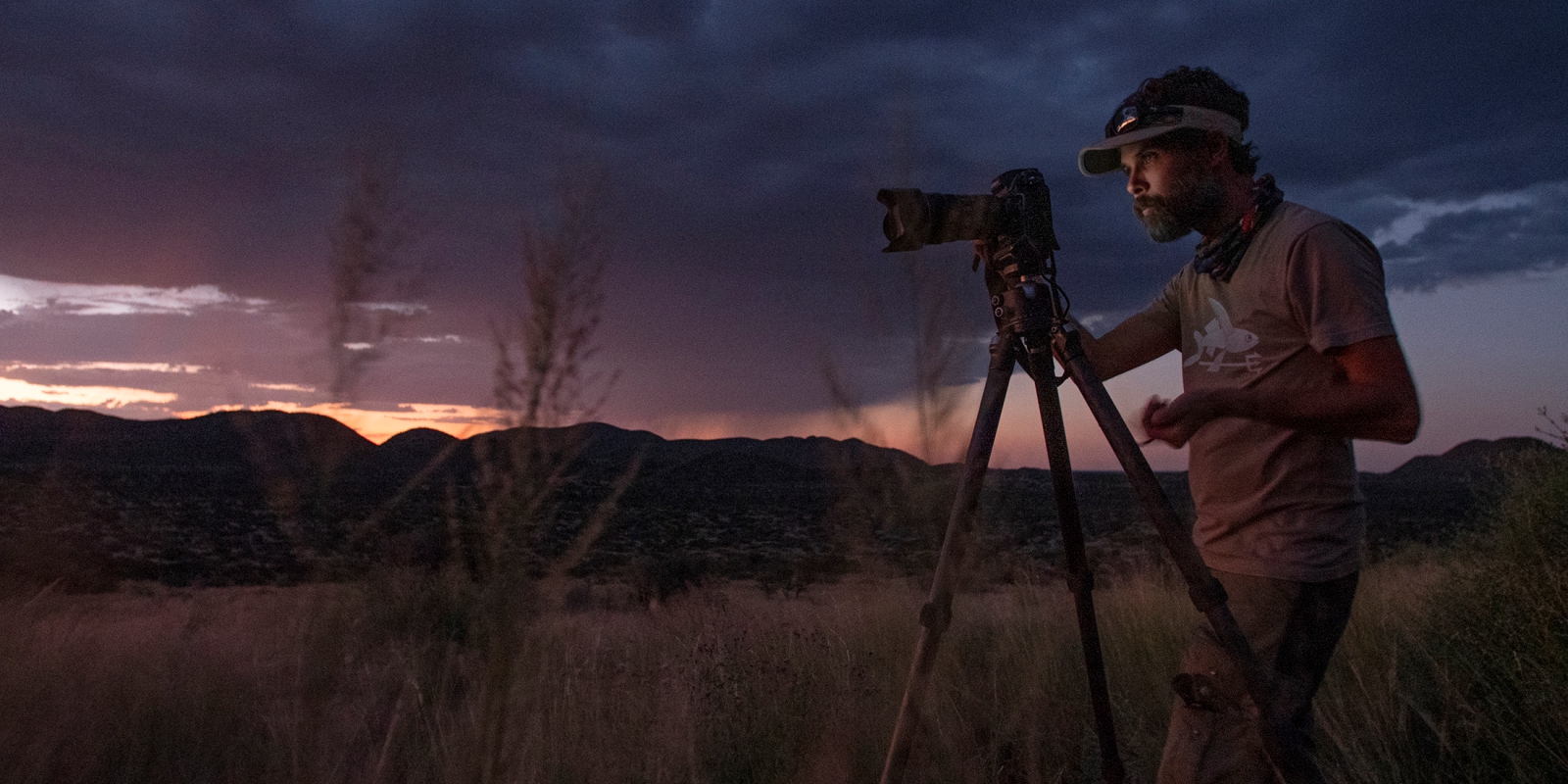 Home / Our stories / Research / IN CONVERSATION WITH THOMAS PESCHAK

Thomas Peschak, a National Geographic Photographer and Explorer, is a trained marine biologist who turned his attention to photography and storytelling more than 15 years ago when he realized that his images were far more powerful and immediate in drawing attention to critical conservation issues than his scientific research.

His many story assignments for National Geographic have taken him all over the world, usually to document and reveal both the beauty and fragility of the world’s oceans, islands and coastlines. Two decades of almost non-stop exploration have informed 15 features for the world’s most famous magazine, as well as eight (soon to be nine) books.

Like so many photographers, the unprecedented events of 2020 severely thwarted Thomas’s international travel plans for the year. When the pandemic hit South Africa, he was all set to begin work on two new National Geographic magazine stories, that would once again take him to far-flung corners of the world. Instead he was forced to look for new photographic narratives closer to home. Thomas is based in the mountains, a few hours’ drive beyond Cape Town, and a ‘closer’ assignment ended up being a two-day drive north – to the Kalahari.

In 2020 and 2021 the photographer spent more than four months on assignment for National Geographic, based at Tswalu Kalahari Reserve and working with the Tswalu Foundation. He was there to visually tell the story of how this arid savannah’s biodiversity will be impacted by climate change. Fully immersed, living at Dedeben Research Centre, he spent long stretches of time with researchers, who were resident on the reserve during that time. His cohorts, all scientists, study everything from ground pangolins and aardvarks to Cape cobras and sociable weavers. The 28-page feature story, ‘The Edge of Survival’, that resulted from that time, was published in the August 2021 issue of National Geographic Magazine.

You’ve spoken about the intense research and planning that goes into each Nat Geo assignment. How much research was required before arriving at Tswalu?

For a single story I usually read hundreds of scientific papers, dozens of books, and consult with experts from around the world. This research helps me work out which photographs I need to take to tell a story effectively, as well as exactly where, when, and how to create them. Animal behaviour, botany, geology, archaeology, climate, and so many other disciplines factor into the images I make. A big part of my preparation comes in knowing what already exists. One of the keys to memorable photographs is to be original and it helps to have an encyclopaedic knowledge of what has come before. Otherwise you are likely to think you have just blazed an exciting new trail, when it is really just a well-worn path strewn with tired clichés. You really have to build a ‘photographic library’ in your head. I also visualize many of the images I want to make. There are endless lists in my notebooks and several rough sketches. By the time I head into the field, I generally have mapped out exactly what photographs I want and how I will make them.  Capturing the desired scene in my camera’s viewfinder is just the final act, and often the easiest part of the process. Some of this might sound clinical and constrictive, but this structure gives me confidence and peace of mind, which opens the window to creative freedom.

What was different or unusual about this particular assignment? You’re comfortable working in marine and terrestrial ecosystems. How do you adapt to a new ecosystem, especially a terrestrial one known for extreme temperature fluctuations?

Most people know me primarily for my photographic and conservation work centred on marine wildlife and ocean habitats, but I am equally fascinated by and adept at documenting terrestrial wildlife and land-based ecosystems. I previously spent lots of time in the deserts of Mexico and Namibia, so the Kalahari did not feel very alien to me at all. I felt comfortable very quickly and after a few weeks it was home. My approach to visual storytelling is the same whether I am documenting a coral reef or a semi-arid savannah; the tools and techniques might change, but at its core it is the same.

What did you enjoy the most about being part of the research community at Dedeben?

Although I have not written a scientific paper in ages, I will always be a biologist at heart. Spending time with and hanging out with scientists is still one of my favourite aspects of every National Geographic assignment. Research and conservation still underpin everything I do; the photographs I make have to tell a story deeply rooted in science to inspire real and measurable change. Scientists are my people, my tribe!

Why is photography important for conservation? How are conservation messages, such as the climate crisis, best conveyed?

Needless to say, it’s difficult to become a champion for something you don’t know exists. As a conservation photographer, I am a matchmaker: I introduce people to wildlife that remains largely hidden in some of the most remote corners of our planet. But it’s all about finding the right balance between the carrot and stick. To inspire, I show them pristine ecosystems and magical creatures. I show what is at stake and what we have to protect. It’s about nurturing a connection. Here at Tswalu it was pangolins, aardvarks, cobras, sociable weavers, amongst many others – species that most humans will never get to encounter in the flesh. My goal is always to get the reader to fall in love!

The risk with this approach is that you can create the impression that the natural world is doing well, which makes people complacent. The truth is that pristine, protected oases of biodiversity make up only a tiny fraction of our planet. We’re at a point where our actions have shaped the world as much as geological processes. This is not something people want to face, and most try to avoid looking at images that remind them of this.

As a conservation photographer, I had to learn to create engaging imagery focused on the darker side of things. I am constantly trying to find the right balance between the carrot and the stick. Too much beauty results in complacency, while too much gore leads to hopelessness. I try my best to tell honest stories that get people to think, act, and ultimately try to make a difference. Conservation can be a pain, because it equates with short-term compromise, change and sacrifice. Whether it’s avoiding favourite food items, writing letters to politicians and business leaders or simply flying or driving less, it’s inconvenient. You are only going to change your lifestyle if you’re convinced and sufficiently motivated. Conservation photography is a means of providing proof and motivation.

What advice do you have for budding conservation photographers?

To be successful as a conservation photographer, you have to be obsessed with creating images and telling stories that matter. It’s also essential to try to make original and memorable photographs. My editor at National Geographic magazine, Kathy Moran, always challenges me to do one of two things: show her something that the world has never seen before or show her something familiar from a completely unfamiliar perspective. Conservation photography can be an emotional roller coaster. It can be socially isolating, logistically exhausting, and physically demanding. It is also the most emotionally and professionally rewarding pursuit that I can imagine. To survive and thrive in this profession you have to be a hopeless optimist, believing that the next great picture is always just around the corner. You have to be in love, not just with photography, but with the entire process, the research, the logistics and the science. You have to be one hundred million billion percent obsessed, and 20 years down the road I still am all those things!