From field guide to senior conservator 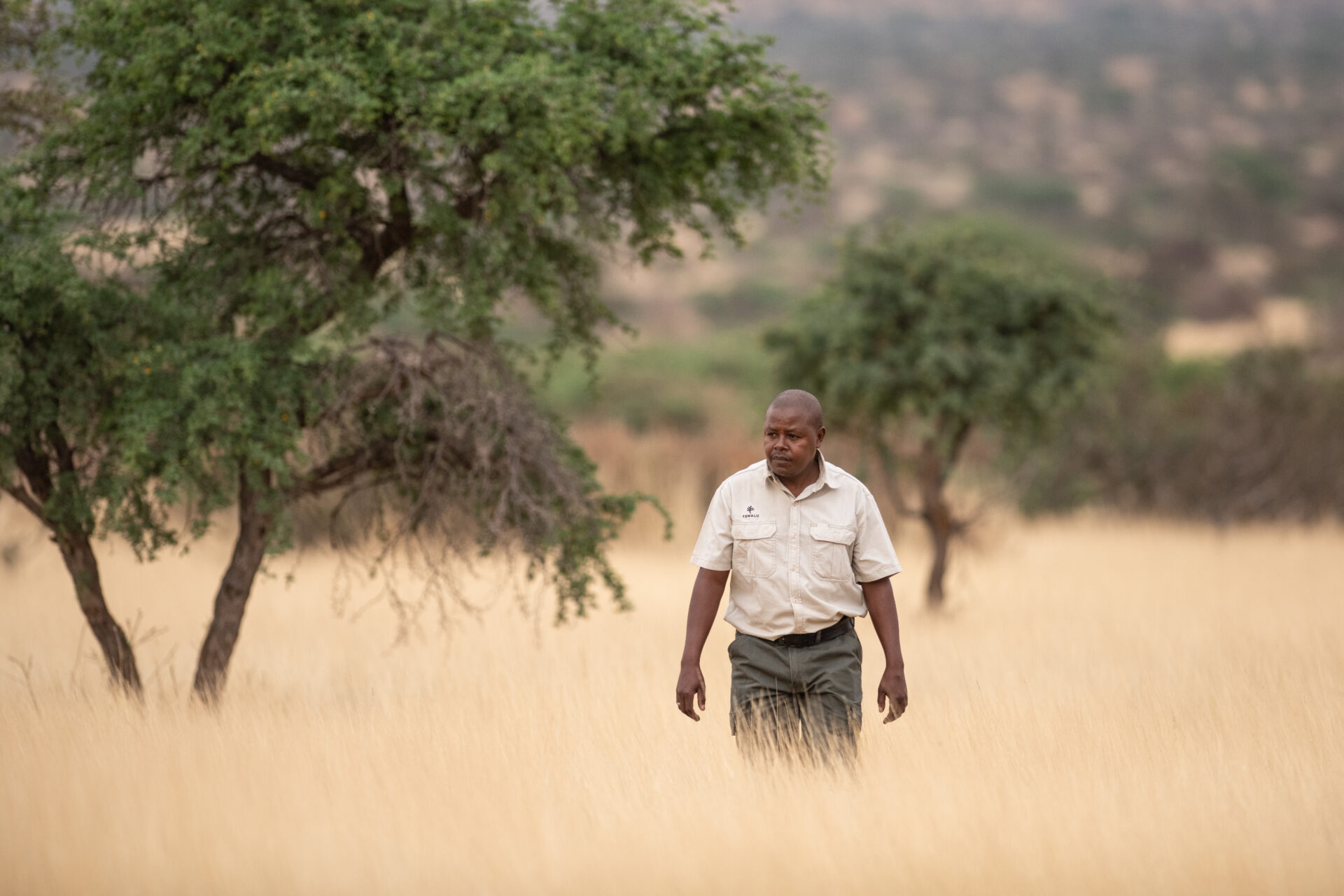 Richard Satekge has been an intrinsic part of Tswalu Kalahari for 20 years, committed to the sustainable regeneration of South Africa’s largest privately protected area. Working quietly behind the scenes, over the years he has witnessed the steady rehabilitation of the land through the removal of old farming infrastructure and the restoration of natural habitat.

Now a senior conservator, when Richard first arrived at Tswalu in March 2002 he was a field guide while completing the practical year of his conservation diploma. In the beginning he worked closely with a BBC crew, assisting with meerkat habituation for a wildlife documentary. After three years of guiding, there was an opening in the conservation team. He applied and was accepted. With Tswalu’s financial support, he went on to complete a B Tech degree through Tshwane University of Technology. As a senior conservator, Richard now mentors and assesses new students passing through Tswalu to complete their practical year or internship.

“University doesn’t teach you the practical skills, which is why these youngsters need to come and get their hands dirty and gain experience, just like I did.”

Some of the students arrive at Tswalu thinking that conservation is all about rhino darting and relocation or reintroduction of a species, like spotted hyena – all the exciting stuff. Once they’ve patrolled fence lines, checked the power supply to game fences, repaired pipelines, dug water run-offs and graded roads, and eradicated invasive alien plant species, they begin to realise what it takes day in and day out to manage a reserve the size of Tswalu. While it may seem quite boring and repetitive, it is all essential work. Everyone is working towards the big-picture conservation vision ‘to restore the Kalahari to itself’.

Richard generously passes on skills and shares as much knowledge as possible, but also expects the students to learn to work independently and to develop the ability to problem solve and come up with practical solutions of their own. If they get stuck, he is there to help. Among his colleagues, Richard has a reputation for being able to fix absolutely anything. In his humble demeanour and approach to doing any job to the best of his ability, he has become a role model to many, including Prince Ngomane.

The name Tswalu means ‘rebirth’ or ‘new beginning’ in Setswana, a language very familiar to Richard. Knowing that he has played a role in restoring the historic biodiversity of a vast swathe of the southern Kalahari has been gratifying. “I helped Tswalu to become what it is now,” he says proudly.