THE ART OF CHEESEMAKING 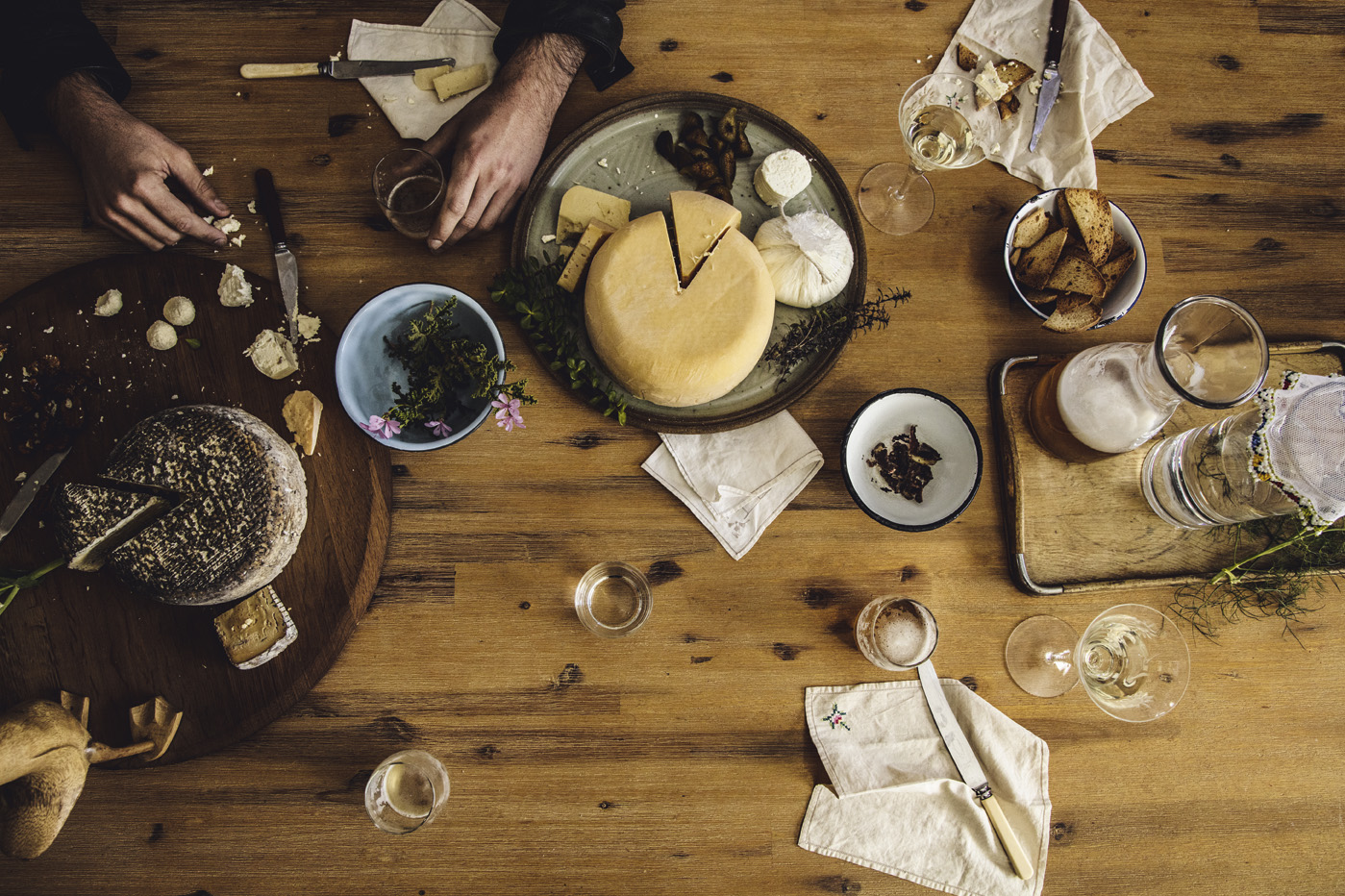 Home / Our stories / Experiences / THE ART OF CHEESEMAKING

Tiaan Visser’s destiny seemed mapped out in the stars. For many years he had dedicated his life to the farming of table grapes in the Green Kalahari. Not only are his export-quality, Fairtrade-accredited table grapes generally regarded as being among the best in the region, but he has also been lauded for his exemplary management practices, boasting a happy and productive workforce. The Kalahari firmament is vast, however, and somewhere in the farthest corner of the sky, Tiaan uncovered another dimension that revealed a parallel destiny of sorts – a passion for cheesemaking.

Before venturing into the world of cheese, Tiaan had hosted many gatherings at his farmhouse just outside Augrabies, a small town on the south bank of the Orange River. During these dinners, he brought together an array of colourful characters of both local and foreign provenance. Each time he broke bread with his guests, he was reminded of his love of good food. It is often in these moments that one grows aware of that single missing ingredient that would render the moment perfect. In this case, that ingredient was good cheese.

A decade after that realisation, Tiaan’s farm had become home to a relatively small flock of sheep, a herd of goats and a handful of cows, who supply him with the milk he needs to make a modest yet surprisingly diverse collection of cheeses. ‘All my cheeses are blends,” he says, ‘except the yoghurt and the raisin cheese. Blending cow’s milk with goat’s milk tames the goat and makes its distinctive taste more subtle.’

Like most modern artisans, Tiaan didn’t learn his newfound craft from a parent, grandparent or kindly aunt, but from a book, supplemented by a great deal of Googling. Initially, he regarded cheesemaking as an activity to see him through retirement one day, but the quality of his product – and subsequent demand for it in the region – might push him to expand on his early vision, although he is not very keen on the idea, at least for now. ‘I make all my cheeses in the same 20-litre pot,’ he argues. ‘Investing in a 500-litre cheese vat impacts the whole process, which would mean getting more cattle, sheep, goats. Suddenly the whole model changes.’

Despite Tiaan’s prowess as a cheesemaker, he remains very modest when it comes to naming his cheeses. ‘I have too much respect for the origins of cheeses to call mine Roquefort, cheddar, or feta.’ Instead, he creates similar styles of cheese, but often resorts to rechristening them with names like Afrikaner (sheep’s milk manchego-style cheese), Kalahari Swiss (Swiss Gruyère-style cheese), and Soetmelk Kaas (Gouda-style cheese). Apart from not treading on any toes, each renaming also chronicles Tiaan’s personal journey with cheese.

The reason why Tiaan’s is not a flooded market is because making cheese in the Kalahari can be enormously challenging. ‘Cheese doesn’t like heat,’ he says matter-of-factly. Living with cheese can often feel like living with a family of Goldilockses: during its seemingly endless periods of rest the surrounding temperature must be neither too hot nor too cold, which can prove a challenge in the Kalahari, where temperatures easily shift from 40 °C during the day to 10 °C at night. Having access to an adequately cooled environment is therefore key to the process, and Tiaan has had to convert a sizeable part of his home into a cheese room with an adjacent walk-in fridge.

When visiting Tiaan for a cheese tasting, his approach to pairings may seem unconventional (if not sacrilegious) to someone accustomed to the habits of the Cape. ‘In my opinion, wine is wine, and cheese is cheese – each with its own nuances. I find that their flavours often clash too much.’ Instead, Tiaan pairs his cheeses with beer – a more American convention – which he finds a lot more agreeable. ‘Beer acts as a palate cleanser,’ he says, ‘so the experience focuses on the cheese.’

Cheese, like any craft worth pursuing, is a commitment, but it can be an extremely rewarding one when approached with a patient enthusiasm.

This is an extract from a story called Kalahari Kaas (meaning ‘cheese’) with words and images by Hanfred Rauch, first published in JAN the Journal, Volume 6.