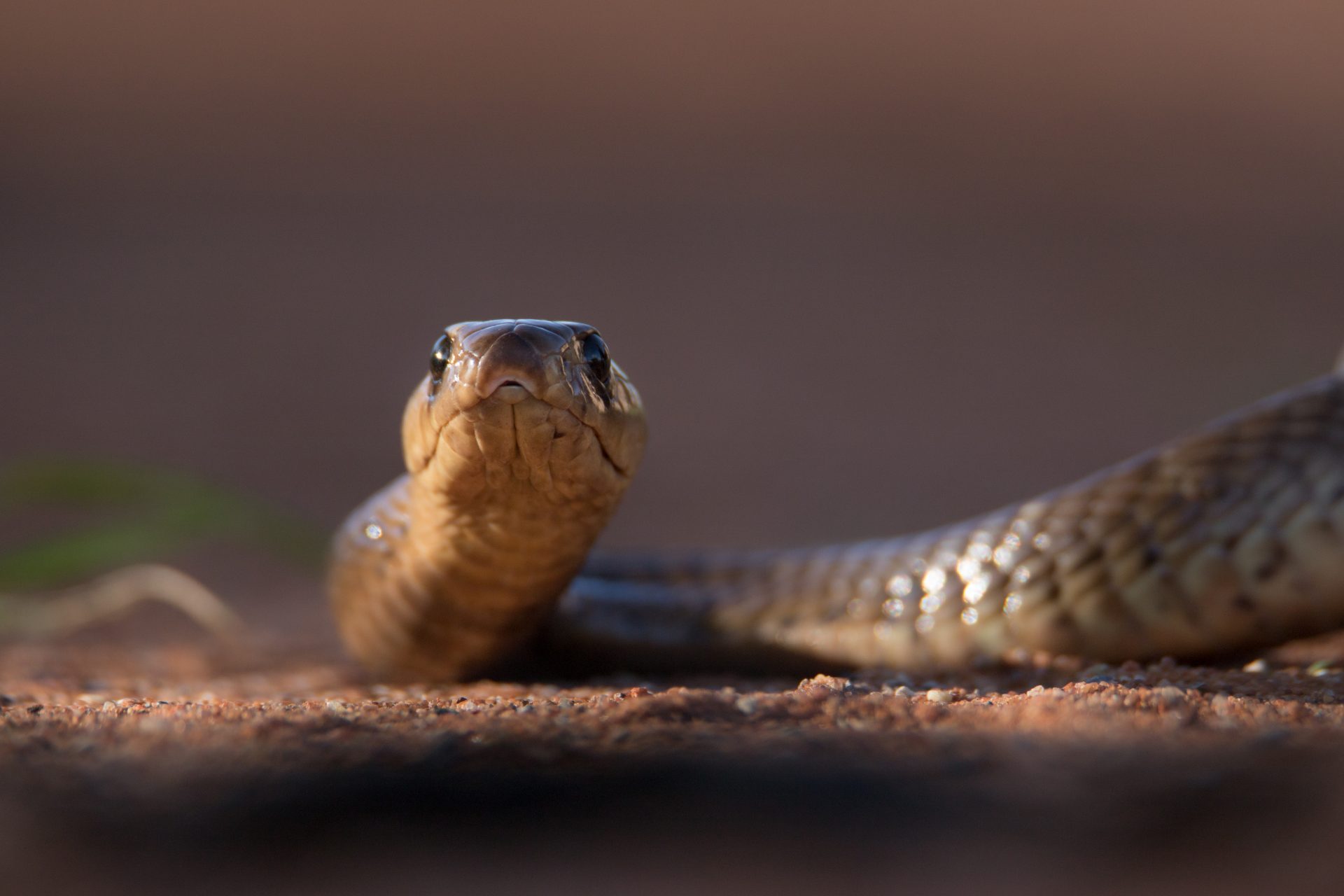 The Cape cobra is the focus of my research. To date, we have caught 68 different Cape cobras as part of the study. Following cobras through the bush is exciting. Their intelligence, hunting strategies and awareness of their surroundings is remarkable. I’ve watched them interact with predators and prey, have seen them kill and get killed.

Studying free-ranging snakes is usually quite difficult. Most of them are elusive and don’t occur in high densities. Even when a particular species of snake is abundant in an area, it is generally not easy to find enough individuals for a scientifically satisfactory sample size. The most common hot spot for snakes on the reserve are the communal nests of sociable weavers. The eggs and chicks in these sociable weaver colonies are preyed on by snakes, including the Cape cobra.

Even though Cape cobras are quite conspicuous snakes (they are large, with colours ranging from bright yellow through speckled brown to almost black), there is still much that is not known about their ecology. When it comes to researching complete ecosystems, snakes are often overlooked even though they make relatively practical model organisms especially when it comes to thermal relations.

To understand the thermal properties and capabilities of the snakes, we make use of thermal models, which have similar thermal properties to them. Models are placed in specific locations on the reserve and their temperatures are logged. For example, models placed in an exposed situation will be warmed by the sun during the day, and cool dramatically at night, while models buried to simulate the temperature of a snake underground will be much more stable through the day. These models allow us to define the thermal opportunities available to the snakes at any given time. Furthermore, we want to understand the thermal relationships between the cobra’s body and the environment, and how different body temperatures affect the snake’s behaviour.

Ultimately, the goal of the study is to be able to predict how climate change is likely to affect the behaviour and ecology of Cape cobras in the Kalahari. Such environmental changes may even make the Kalahari uninhabitable for the cobras. Once the data collection period for my project is over, I plan to upgrade to a PhD to take this study to the next level.

Studying snakes changed the trajectory of Thilo Beck’s life. In 2017, while studying a BSc in Mainz, Germany, Thilo came to South Africa to do an internship at the Alexander Herpetology Laboratory at the University of the Witwatersrand (WITS). This influenced his decision to register for an MSc with the same lab. Thilo came to Tswalu almost two years ago to research the thermal ecology of Cape cobras using radio telemetry. The study falls under the Kalahari Endangered Ecosystem Project (KEEP), which looks at the responses of Kalahari organisms to climate change. Thilo has been guided by two supervisors, Graham Alexander (WITS) and Bryan Maritz (University of the Western Cape), who are considered experts in the world of herpetology for their research on behavioural ecology in reptiles.