10 good reasons to travel to Tswalu 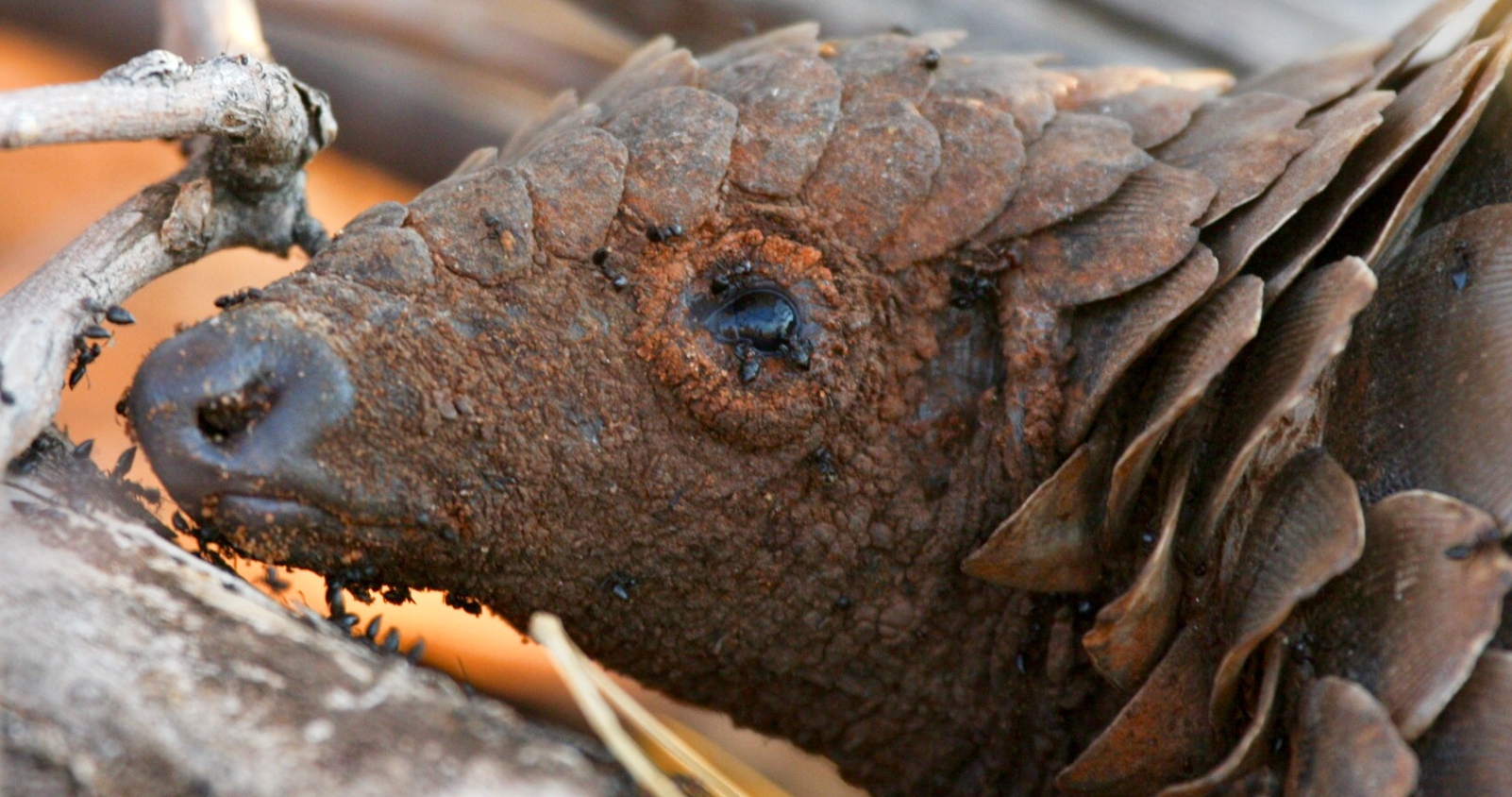 How does one go about studying the food preferences of one of the world’s most shy and elusive mammals? Even if you are lucky enough to locate a ground pangolin, they usually are active at night, and it is difficult to observe what they are feeding on. Typically, a pangolin will be nose-deep in an ant or termite nest, lapping up thousands of tiny insects. When the pangolin leaves the feeding site, there may be a few highly alert insects left attempting to defend their nest. If you can identify those insects, you can determine what the pangolin has just preyed on, but you will know nothing about how much the pangolin has eaten and how its feeding habits might change across days and over the year.

In a recent article published in the Journal of Arid Environments, University of the Witwatersrand researcher, Dr Wendy Panaino, and her team, in collaboration with staff at Tswalu, addressed the puzzle of what pangolins eat by collecting pangolin scats. They termed the scats ‘Kalahari gold’, because the scats were challenging to locate, but once found, they revealed valuable information about what pangolins had eaten. Typically, pangolins being tracked by Dr Panaino would deposit the sausage-shaped excrement once per night, often burying it under the sand. Dr Panaino then painstakingly processed the scats, using a bucket of water and a tea strainer, before counting and identifying insect heads that were almost perfectly preserved in the scats.

Through analysing 98 scats from nine pangolins, observing 1157 foraging bouts, and by identifying over 160 000 insects (from the scats and from pitfall traps used to assess what food was available to pangolins) over two years, Dr Panaino and her team learned that pangolins consumed between 1 000 and 60 000 insects per night (about 15 000 insects, on average). The pangolins were incredibly fussy eaters, focussing their diet on only three ant and termite species found at Tswalu. They ate predominantly ants (~85% of the diet), but during winter when insects were less available than in summer, pangolins increased their intake of termites.

Despite shifting their diet when resources were scarce, pangolins were unable to maintain the same high energy intake during winter as they did in summer. However, by increasing their foraging time, and by eating more energy-rich prey, pangolins were able to maintain relatively similar energy intake in winters that differed from each other in terms of the availability of insect resources.

A concern for the future is that increasing environmental temperatures and more frequent droughts occurring with climate change will result in declining insect populations. That in turn will mean that pangolins will have to work even harder to find their food, but there are limits as to how long they can be active and searching for food uses up energy, especially on cold winter nights. Like aardvarks, pangolins shifted their activity from the cold night into the warmer day in winters, but high heat loads from solar radiation, even on winter days, can it make it difficult for pangolins to feed in the day too.

The outcome of discussions from the recent COP26 meeting is therefore very important for the future survival of ground pangolins. As part of the Kalahari Endangered Ecosystem Project (KEEP), Dr Panaino and her colleagues will continue to study the links between pangolin welfare and the changing environment, allowing us to understand where and how conservation efforts should be invested.

The Tswalu Foundation exists primarily to support ecological research on the reserve. Through accumulating a growing body of quality data on the fauna, flora and unique habitats of the southern Kalahari we continue to make informed conservation management decisions in support of our shared vision to restore the natural environment, re-establish and protect biodiversity, and maintain the Kalahari’s characteristic ecological processes.

Donate to the Tswalu Foundation

Summer, an unpredictable season in the Kalahari

Tswalu is a place to appreciate that the smallest things may actually be the biggest, to be patient, stay calm and safari at your own pace!

In the kitchen: Springbok, Samp and Beans

In this delicious dish, springbok loin is teamed with an African staple, samp and beans, bringing together South Africa’s rich culinary heritage but with a modern twist.